From Sara Ali Khan to Aryan Khan: Look how these star kids have grown up!

01/8​Look how these star kids have grown up! 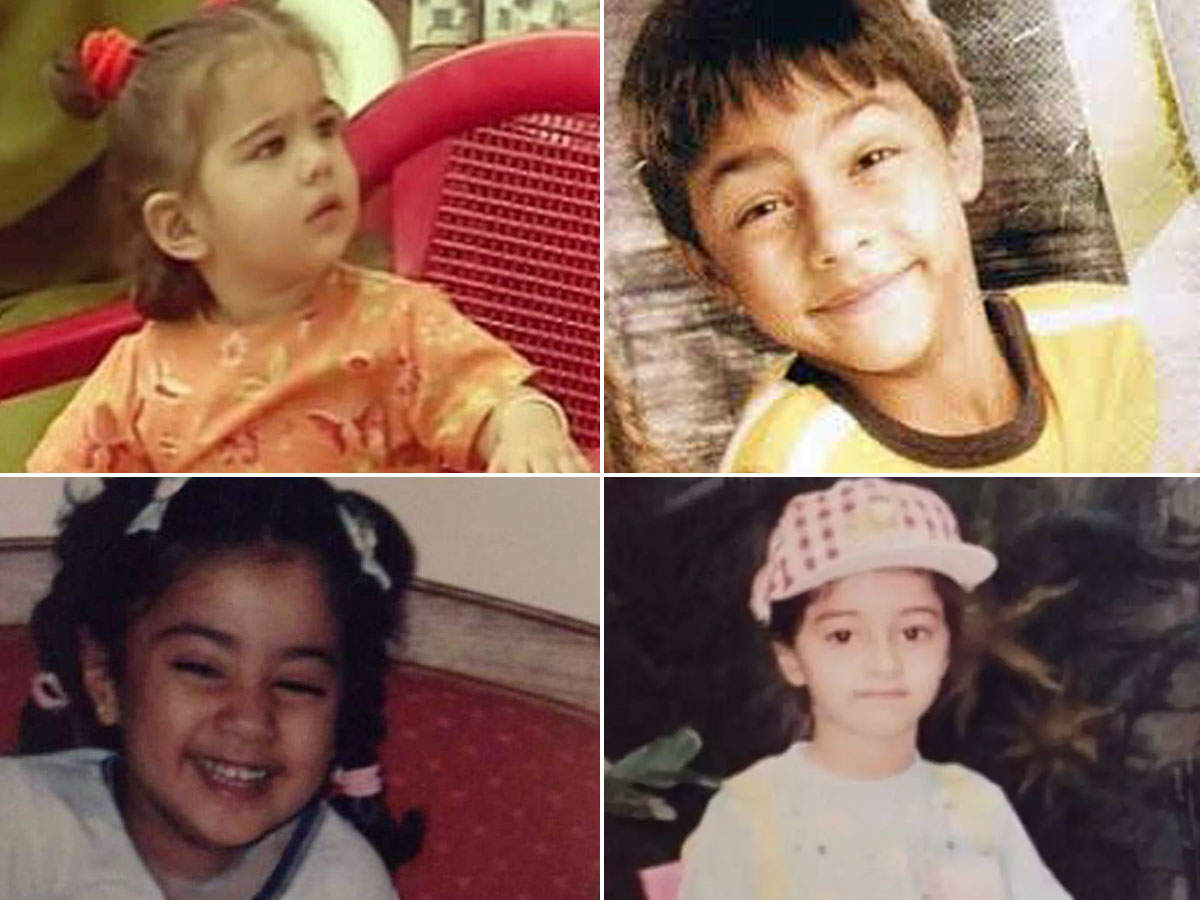 There’s never a dull day in B-town, with the professional and personal lives of Bollywood stars making for the biggest headlines on tabloids and gossip columns. When it’s not their movies making the news, it is the tidbits from their personal lives that make their way onto social networking sites. If there is one thing that can outdo a photo of our favourite stars, is ones which feature priceless throwback photos of their kids, who have all grown up to look every bit a star, much like their parents.

Before the fame, the glamorous lifestyle and the fashion statements, we take a look at some rare childhood photos of the up and coming star kids of Bollywood. 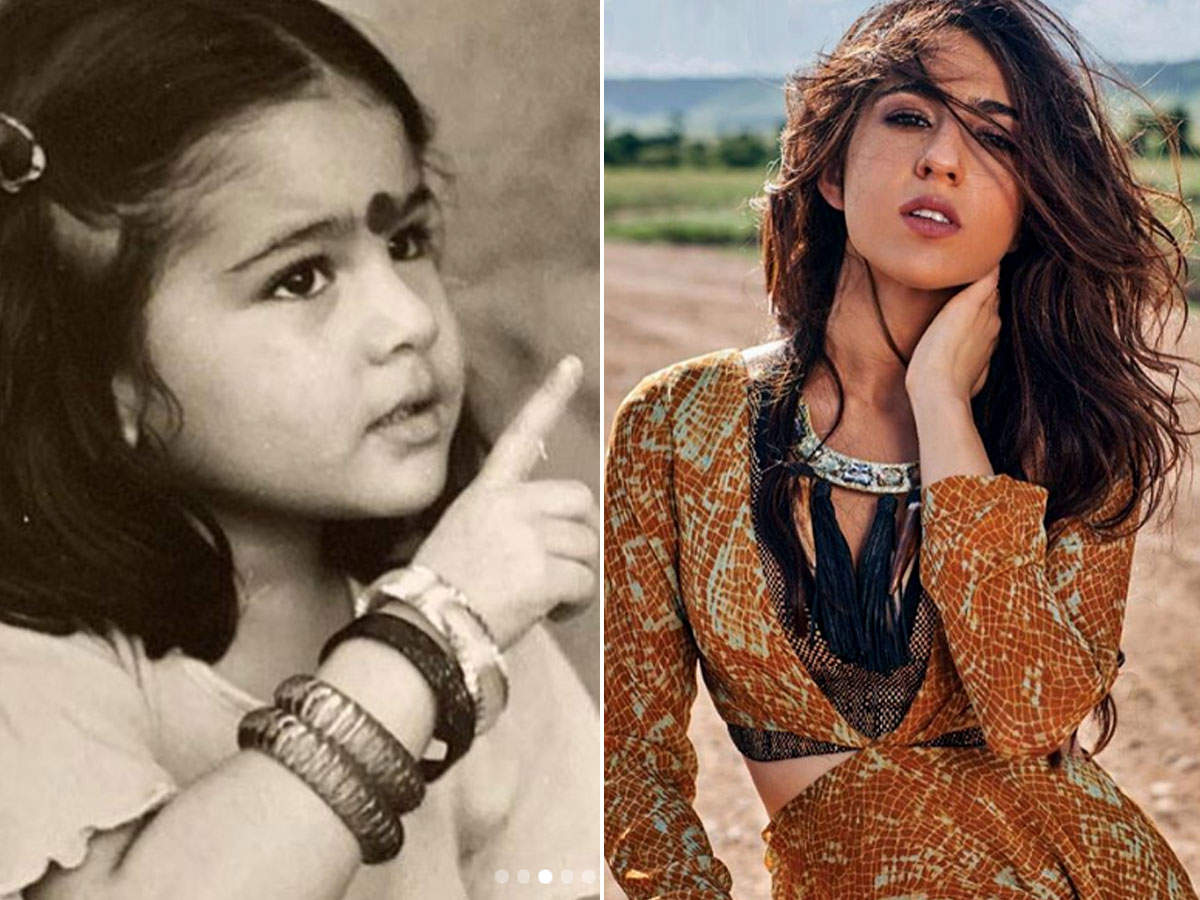 Saif Ali Khan and Amrita Singh’s daughter Sara Ali Khan, has come a long way from being the cute, camera-shy girl to a promising young Bollywood starlet. The beauty quickly climbed the ranks to become one of the most sought-after actresses in the business, with her work in blockbuster films like ‘Kedarnath’ and ‘Simmba’. When not making news for her candid conversations about her very private past, Sara has her fans going gaga over her adorable throwback photos and videos doing the rounds on regular basis, thanks to her many fan clubs. From being the cute nerdy kid to growing up into a Bollywood diva with the wit, charm and grace to leave anyone spellbound, this is one star kid who has turned her baby steps into confident strides. 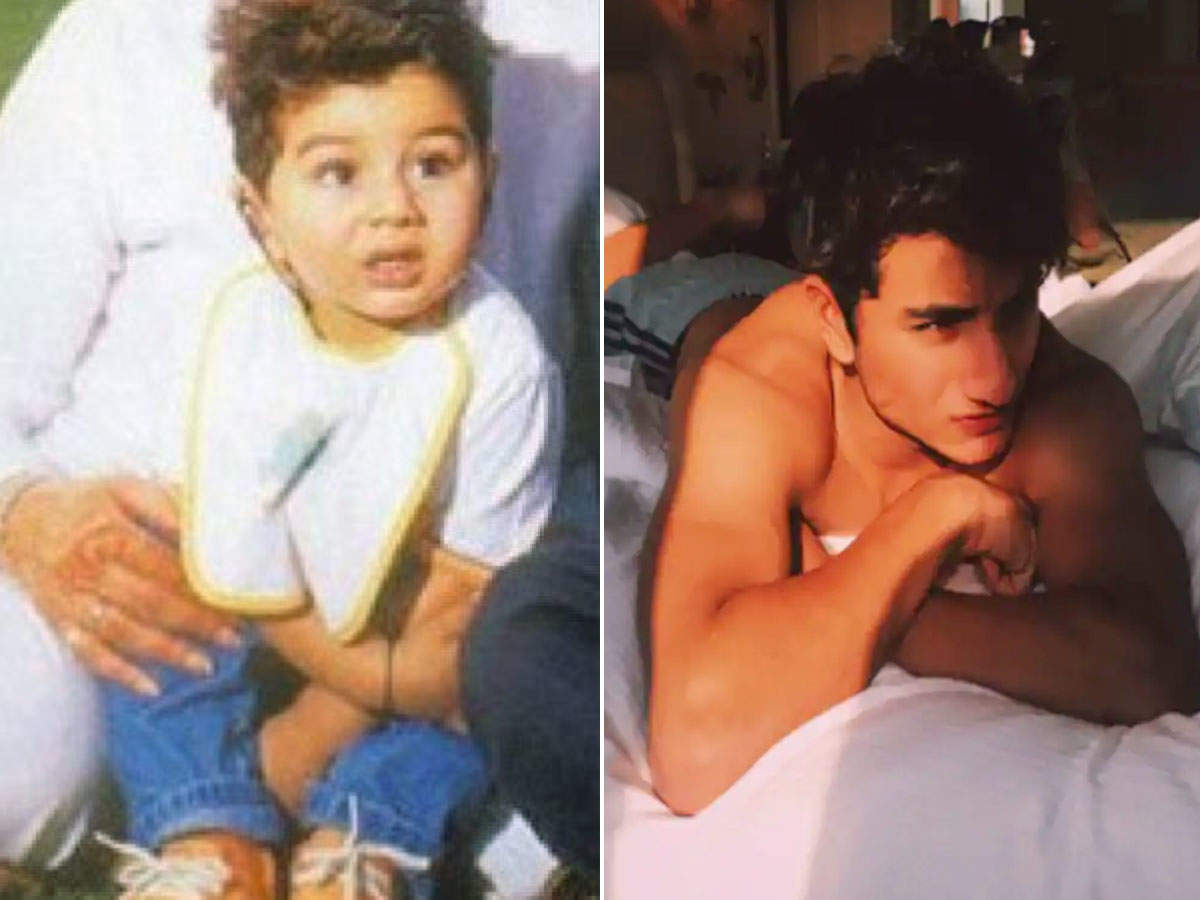 While sister Sara Ali Khan has been basking under the limelight, her brother Ibrahim Ali Khan has become quite the fascination among the young ladies. The star-kid who has been pursuing his studies abroad has the girls swooning over him, be it his cute throwback kiddie photos or his drool-worthy clicks featuring his ripped and chiselled body.

Although there has been no chatter of his impending Bollywood debut, we can bet that this one will be welcomed with open arms. 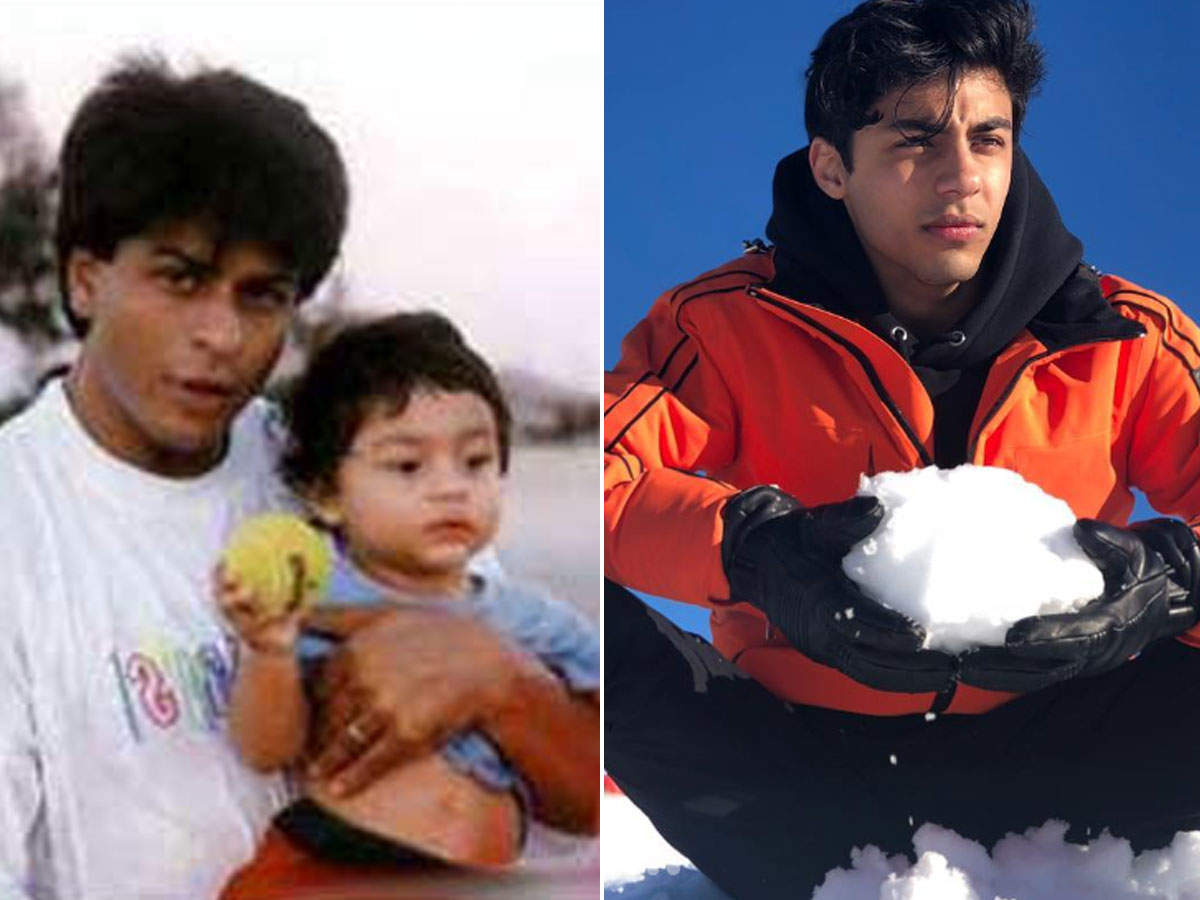 Shah Rukh Khan is the undisputed Bollywood Badshah and there by his side is his son, Aryan Khan. The hunk who needs no introduction has long been ruling hearts with his adorable photos with his daddy dearest. Although the hunk has maintained his distance from the film industry, his photos right from childhood have been a rage among fans. Since he returned to the big screen with his dad to voice the iconic characters Simba and Mufasa, respectively, he has had fans hungry and wanting more. 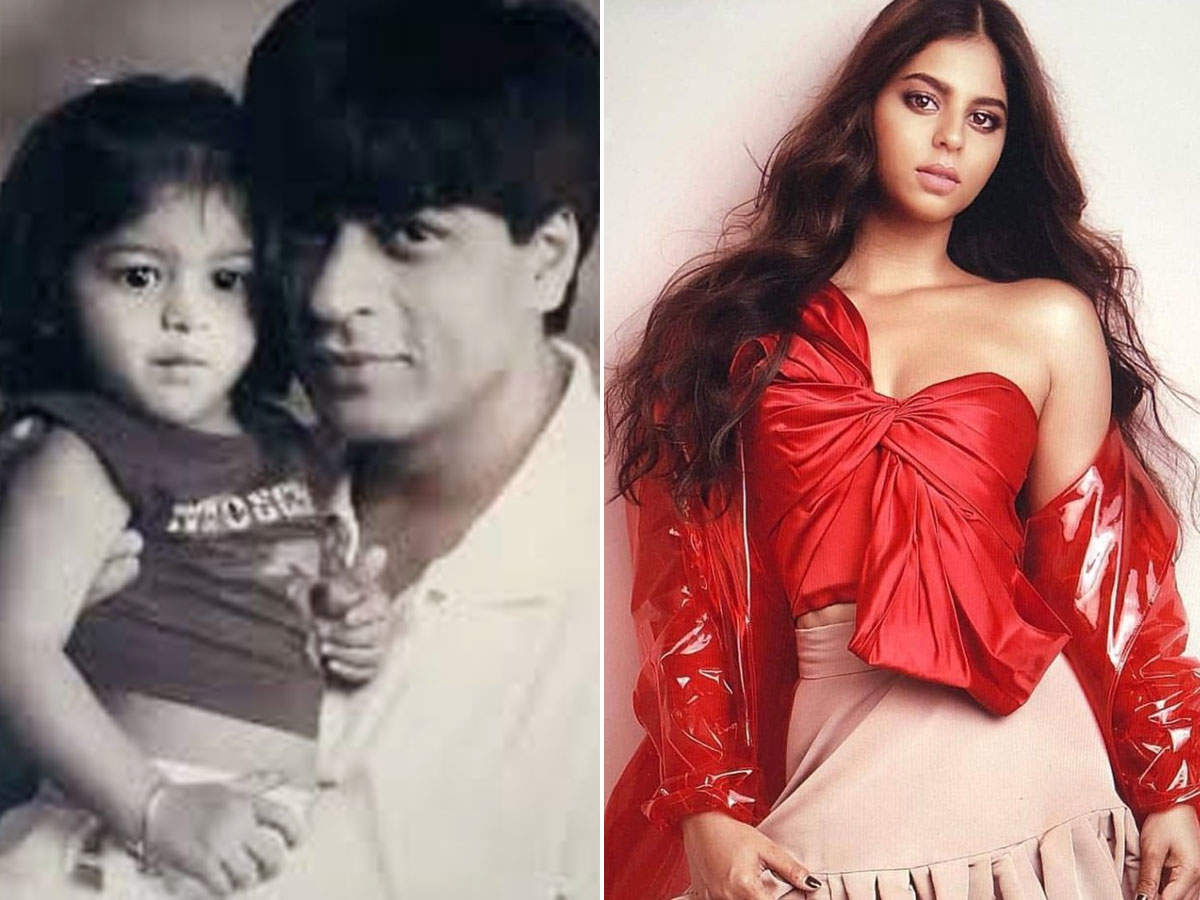 We loved Suhana Khan as the little cutie always cuddling up to her daddy SRK and now, we love the bold and talented beauty she has become. The beauty, who has taken up after her dad, has had fans and the media eagerly awaiting her big film debut. After getting a look at her range as an actress in her various school plays, the wait only seems to be getting longer. 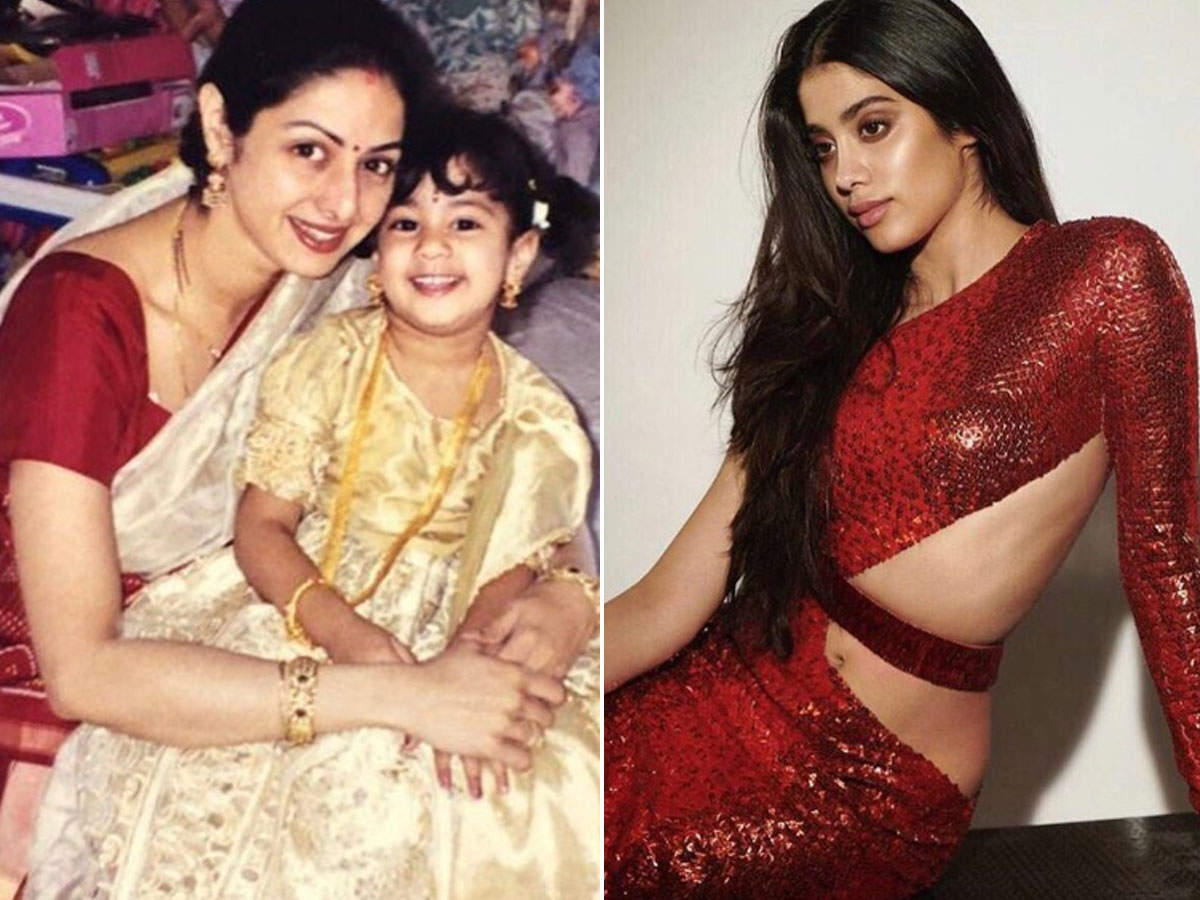 Janhvi Kapoor is another promising young star who made a smashing film debut with ‘Dhadak’. Although she couldn’t fully celebrate her big break, considering that it was just a few months after the shocking demise of her mother Sridevi, she has been basking in the limelight and loving every moment of it. While most other star kids have bagged about three films, Janhvi had her calendar full with over five films lining up for their releases. When it isn’t photos of her different looks from her film projects, it is her glamorous appearances from high profile events or even some priceless throwback photos that get fans buzzing. 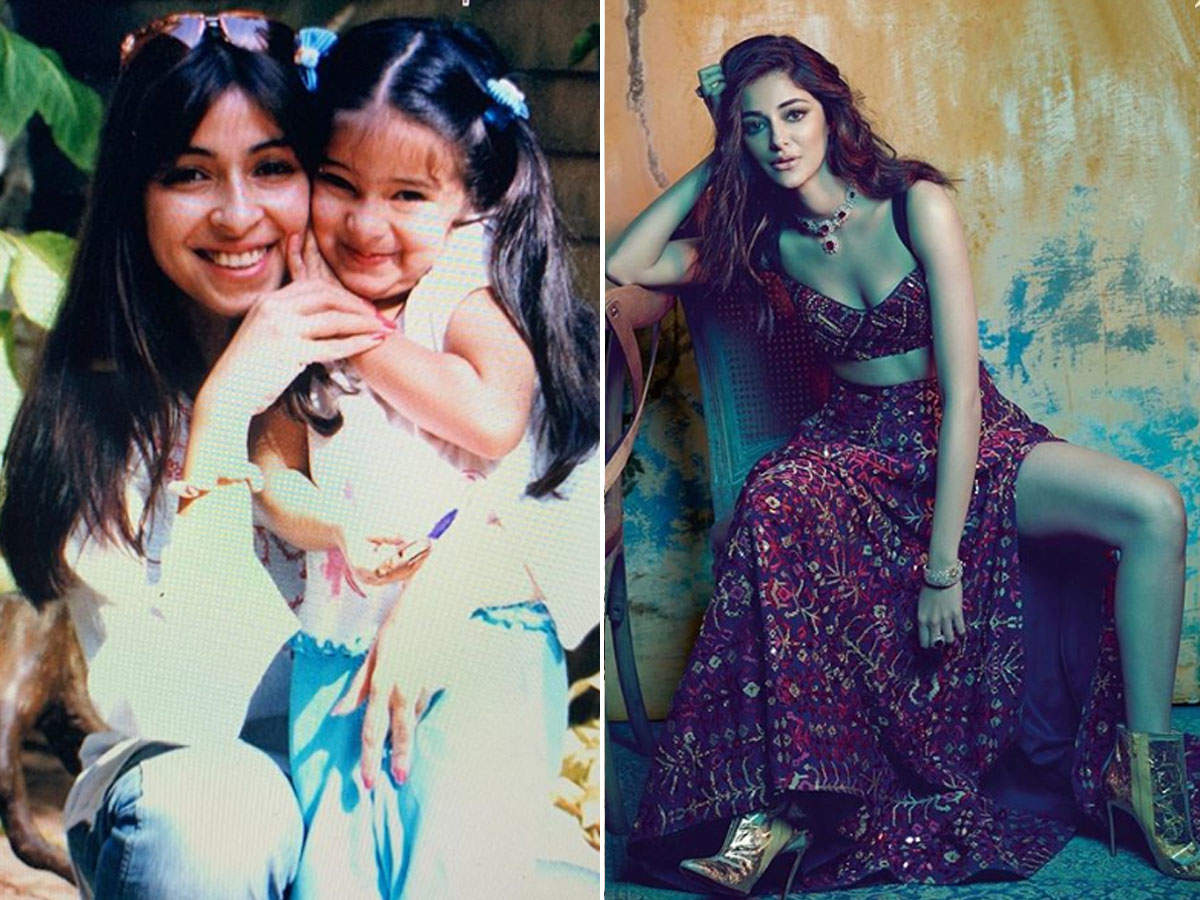 Ananya Panday may be the new kid on the block, but she already commands a large fan-following on and off social media. Much before her big break in the Karan Johar backed ‘Student Of The Year 2’, the beauty began sharing pages from her personal archives and giving them a good look at the cute and carefree girl behind the glamorous facade. From sharing frame-worthy childhood photos to ones from her exciting holidays abroad, this starlet sure knows how to get the best of both worlds. 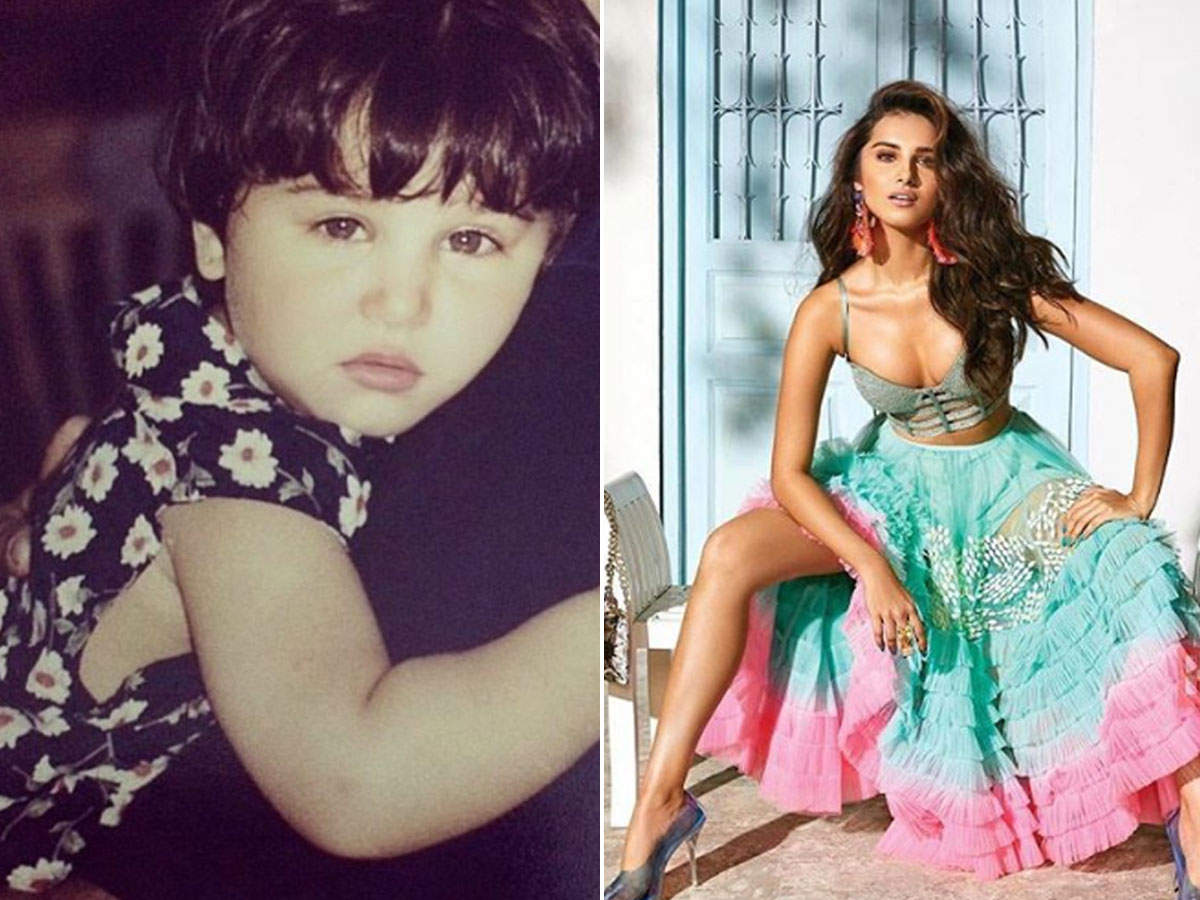 Tara Sutaria, Karan Johar’s newest ‘student’ seemed to have taken her classes very seriously. The bombshell, who has wowed fans over with her performance in the ‘SOTY’ sequel, is quite the rage on social media. Apart from leaving fans guessing about her hush-hush romance, the starlet has won over a loyal fanbase who keep coming back for some of her smouldering hot photoshoots.