From Hina Khan to Shivangi Joshi: TV actresses who made for beautiful brides on-screen 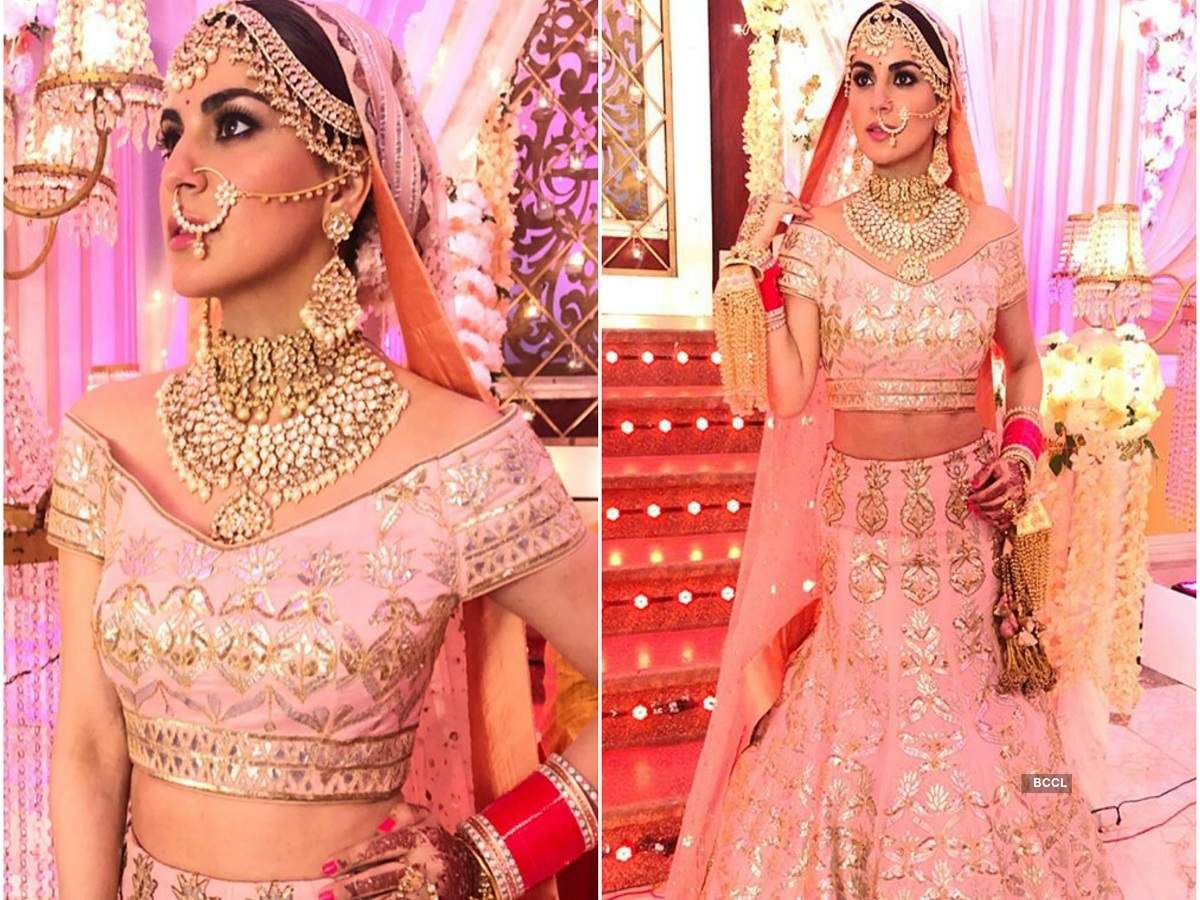 Shraddha Arya, who is popular for playing the role of Preeta in Kundali Bhagya, is all set to turn into a bride on the show. Shraddha shared her wedding look on her Instagram account, wherein she can be seen looking pretty in a pink lehenga with golden work on it. Her heavy jewellery has helped enhance the look. Shraddha captioned the picture as, “Preeta’s wedding Look 🙂 #kundalibhagya.” (Photo: Instagram) 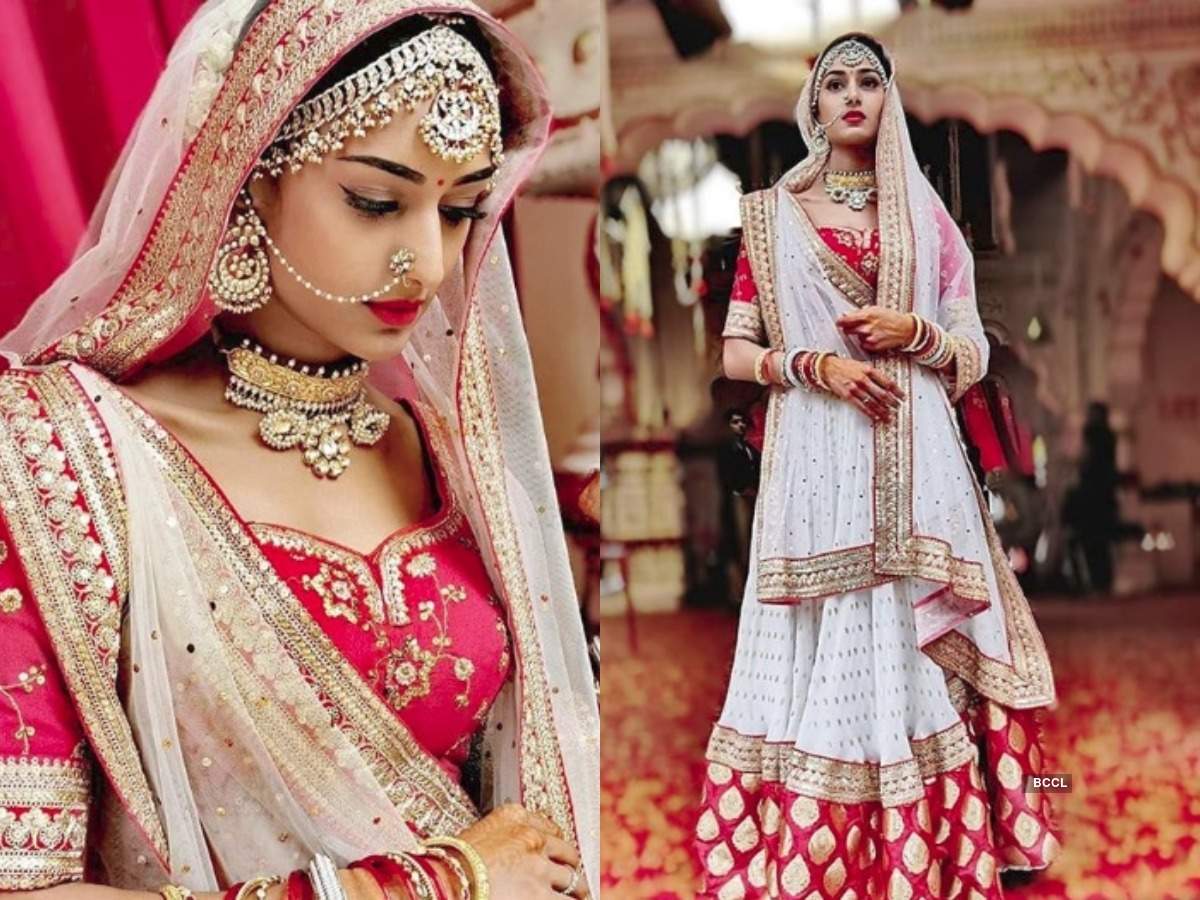 Erica Fernandes turned into a bride for her reel wedding in the popular show, Kasautii Zindagi Kay 2. The actress shared a picture of herself in the bridal avatar, wherein she looked stunning. Erica sported a white and red lehenga choli. She captioned the post as, “She was brave, strong and broken all at once – Anna Funder.” The actress is loved as Prerna by the viewers. (Photo – Instagram) 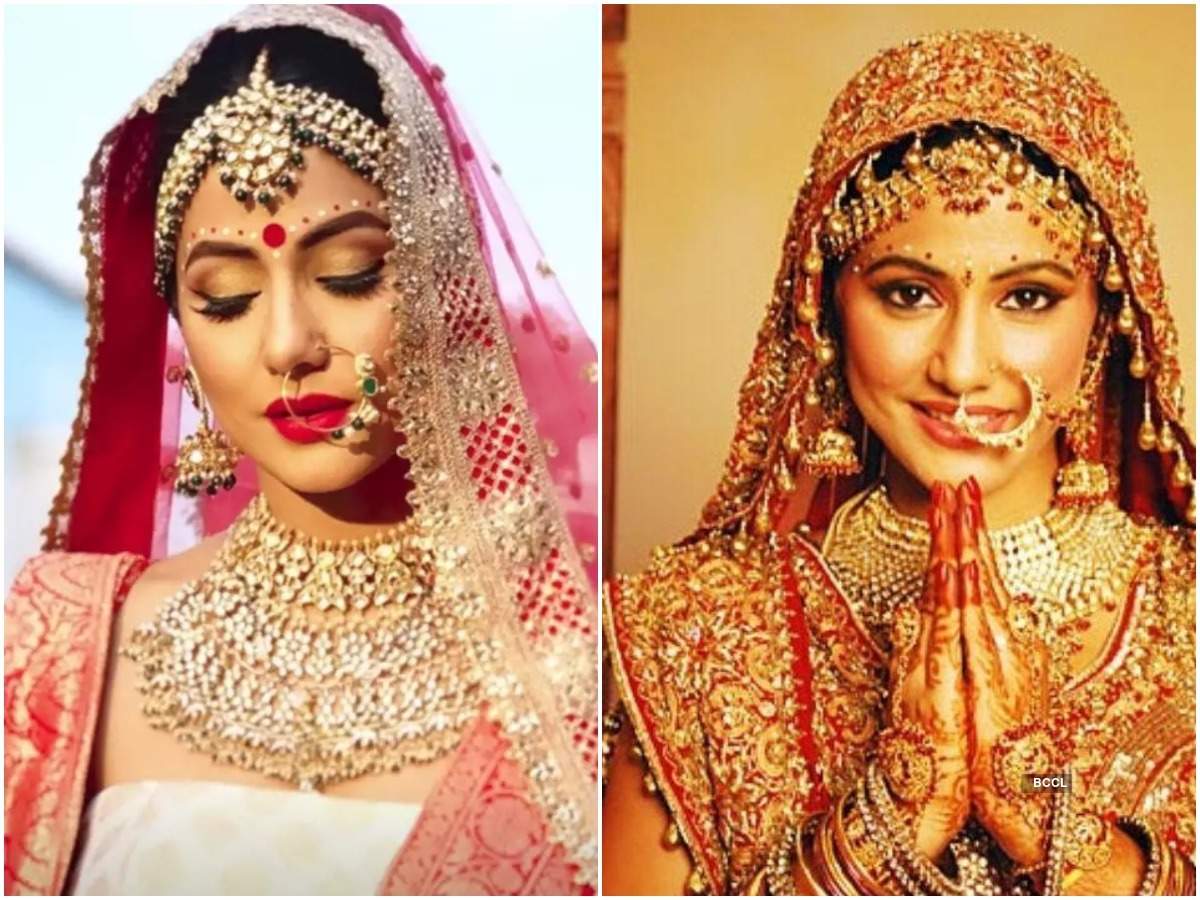 Hina Khan, who played the role of Komolika in Kasautii Zindagi Kay 2, became a Bengali bride for a wedding sequence on the show. She looked perfect in a red and white lehenga. The actress completed her look with stylish jewellery and traditional Bengali makeup. In her debut show, Yeh Rishta Kya Kehlata Hai, Hina was seen as a proper Marwari bride. (Photo – Instagram) 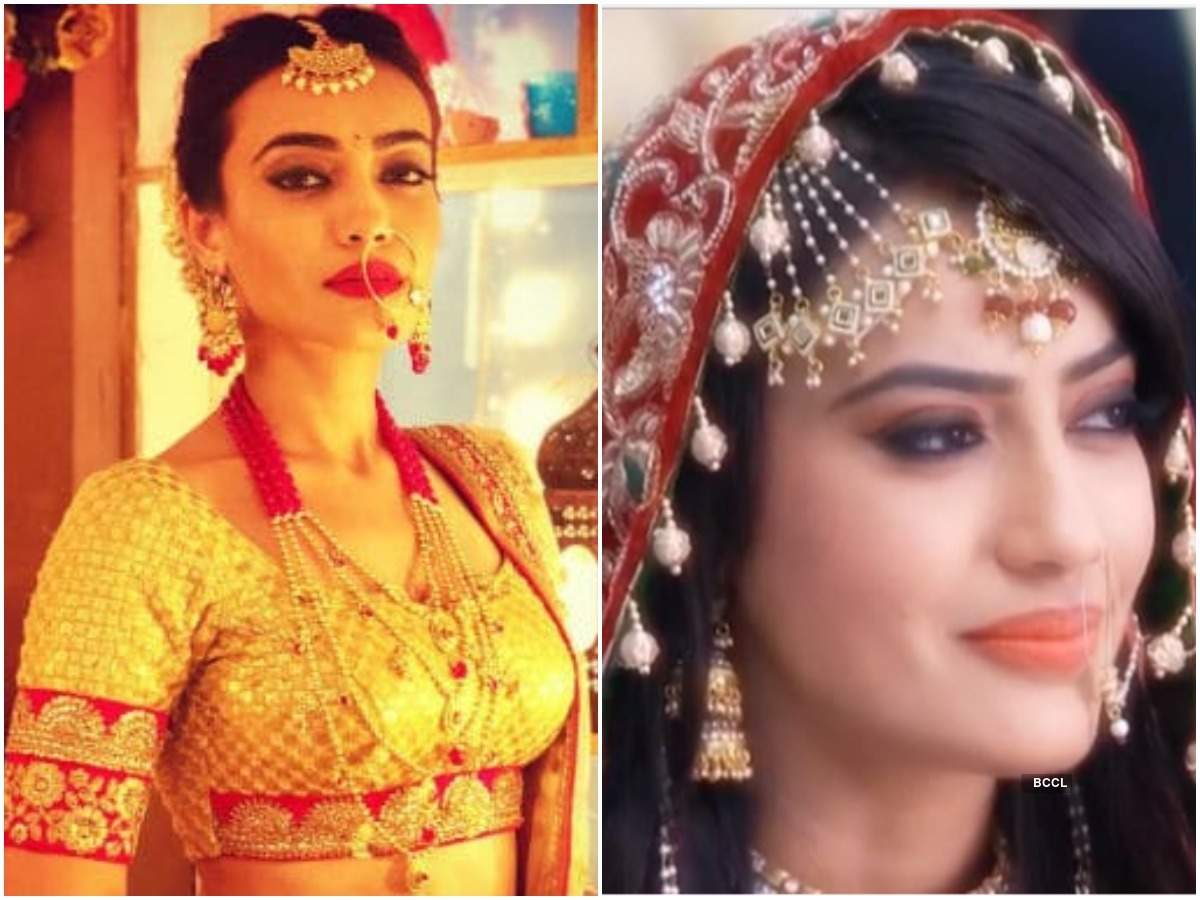 Naagin 3 actress Surbhi Jyoti, who played the role of Bela, looked breathtaking in a golden red lehenga that she sported for a sequence in the supernatural thriller. She completed her look with heavy jewellery and maang teeka. Surbhi was quite appreciated for her role in Qubool Hai wherein she played the role of a Muslim girl, Zoya. Surbhi’s bridal look as Zoya was also perfect. The actress had worn a red and green lehenga along with traditional jewellery including jhoomar (headpiece), maang teeka, choker and nathni (nose ring). (Photo – Instagram) 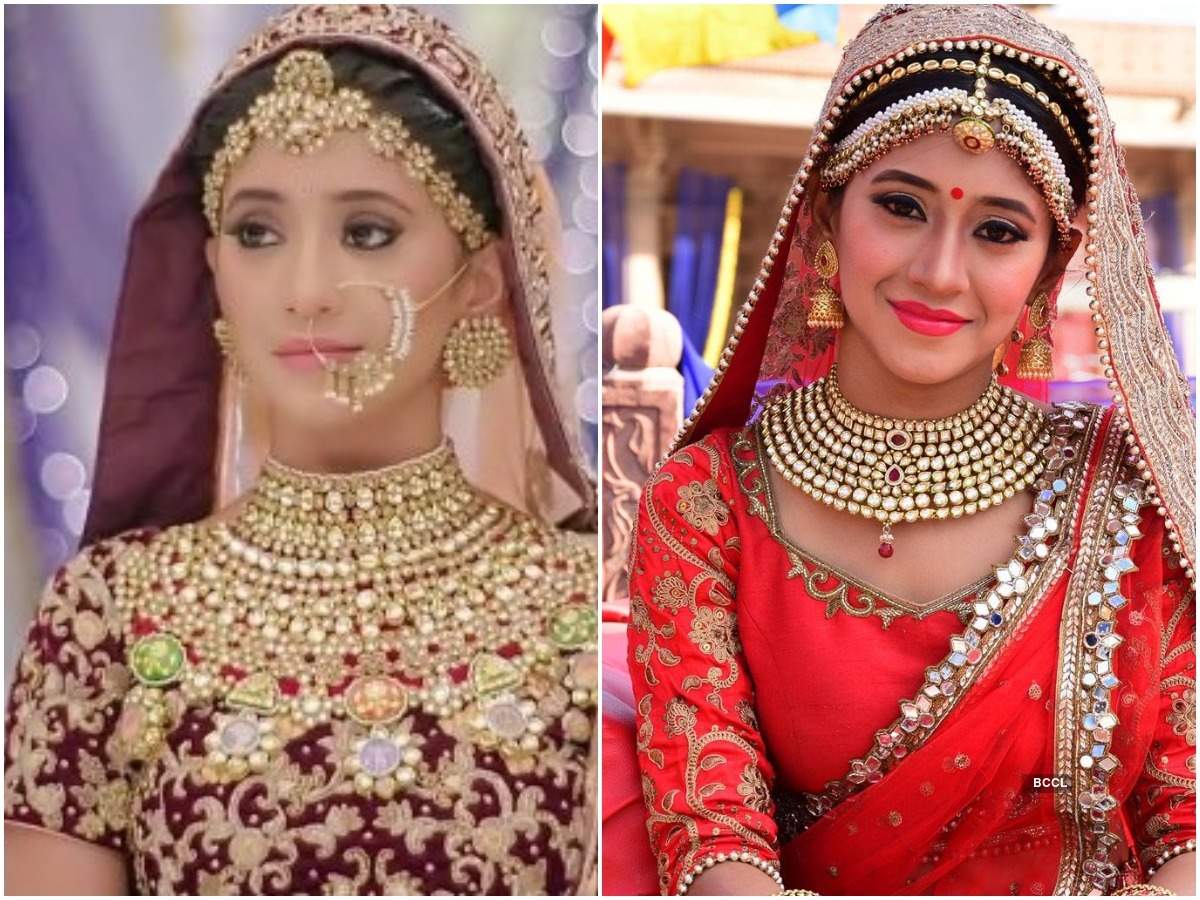 Shivangi Joshi, who plays the role of Naira Kartik Goenka in Yeh Rishta Kya Kehlata Hai looked ravishing in the bridal attire she wore on the show. In the picture, Shivangi aka Naira sported a red lehenga and completed her look with traditional jewellery and makeup. In real life, Shivangi is dating her co-star Mohsin Khan who plays the role of Kartik Goenka in the show. Their fans have nicknamed them as, “Kaira”. (Photo – Instagram) 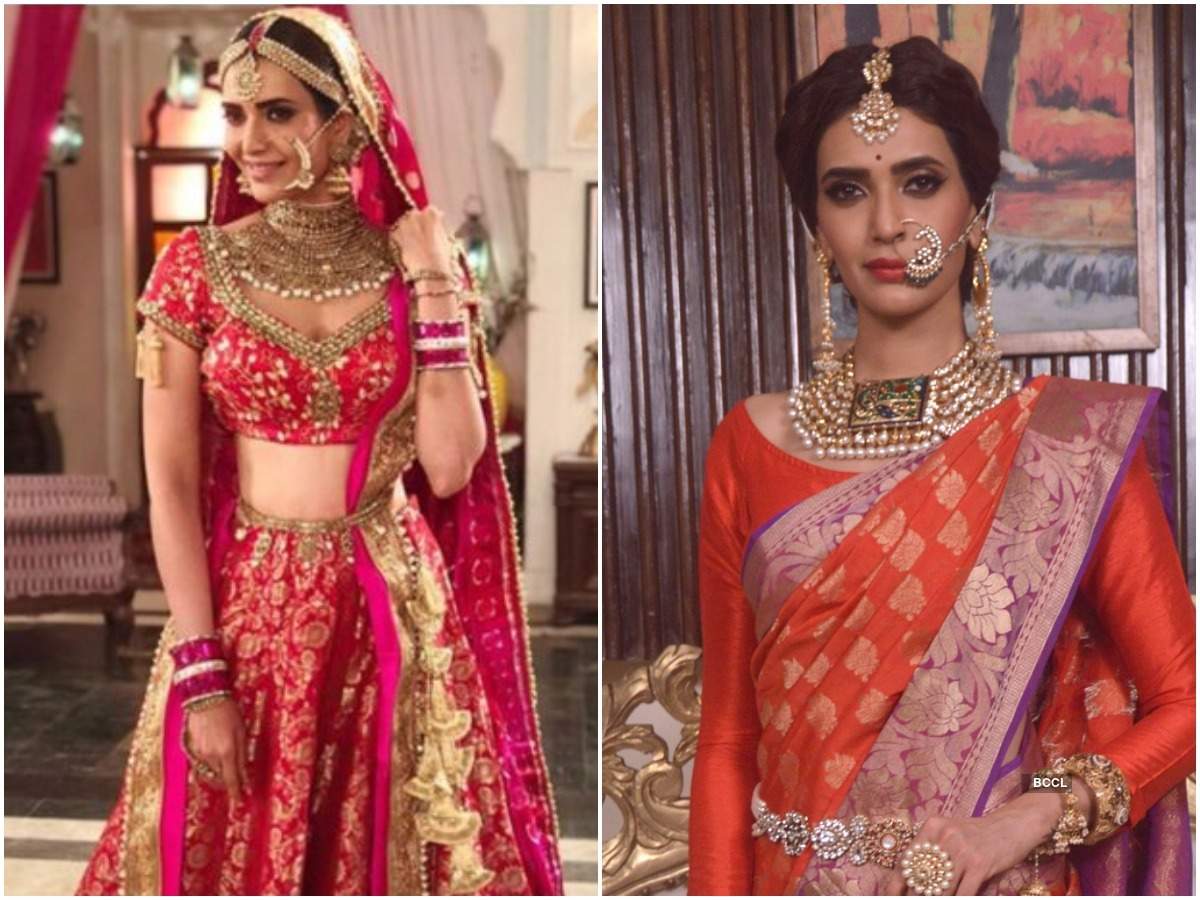 The leggy lass of TV Karishma Tanna was last seen playing the lead role in Qayamat Ki Raat opposite Vivek Dahiya. The actress, who played the role of Gauri in the show, looked beautiful in a red lehenga and her jewellery and minimal makeup did justice to her overall look. Karishma’s look was quite different and simple. (Photo – Instagram) 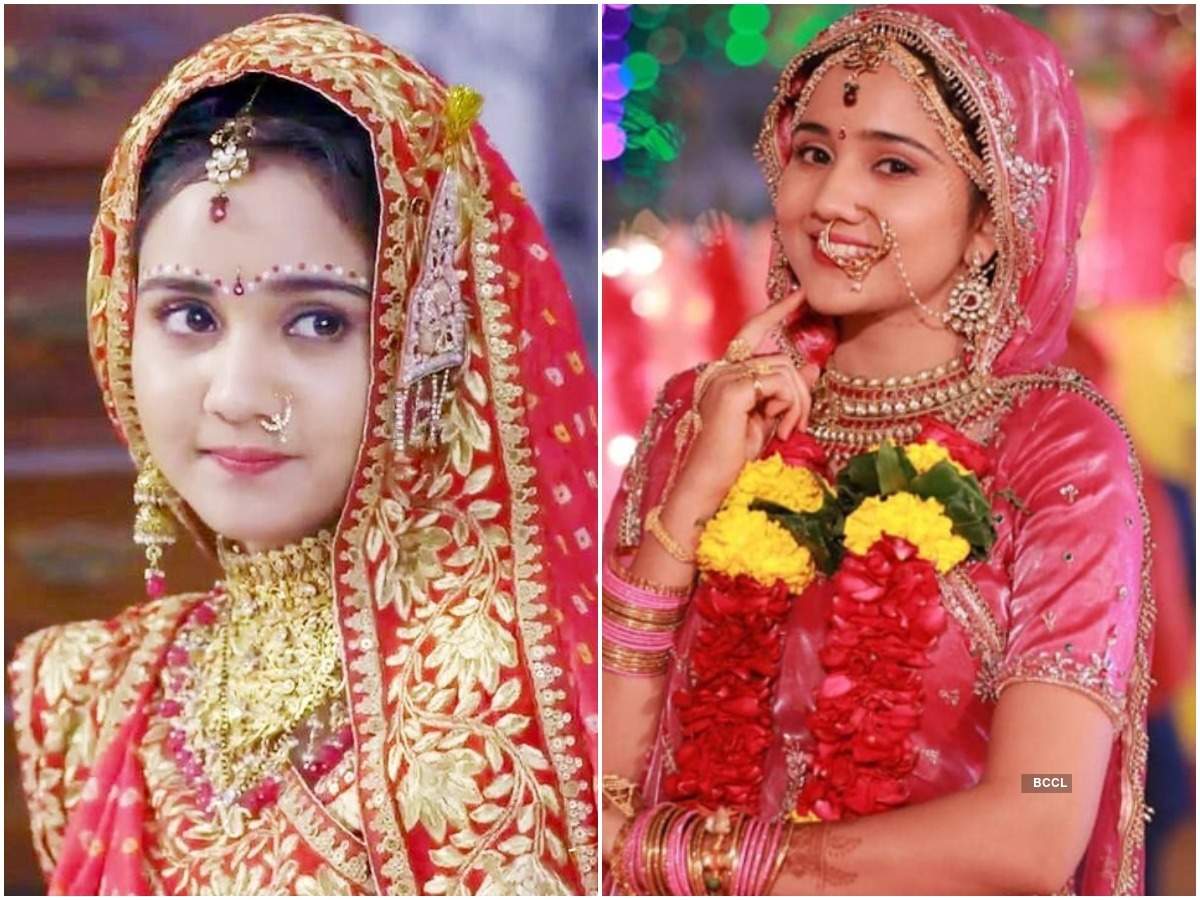 Ashi Singh, who plays the role of Naina in Yeh Un Dinon Ki Baat Hai, played the 90’s bride in the show. Her bridal look was inspired by Bollywood actress Madhuri Dixit’s in Hum Aapke Hain Koun. Ashi looked gorgeous in baby pink silk lehenga and completed her look with kundan jewellery. The actress looked adorable in her bridal attire. Naina is shown to be an ideal sanskari bahu who manages her house as well as her studies. (Photo – Instagram) 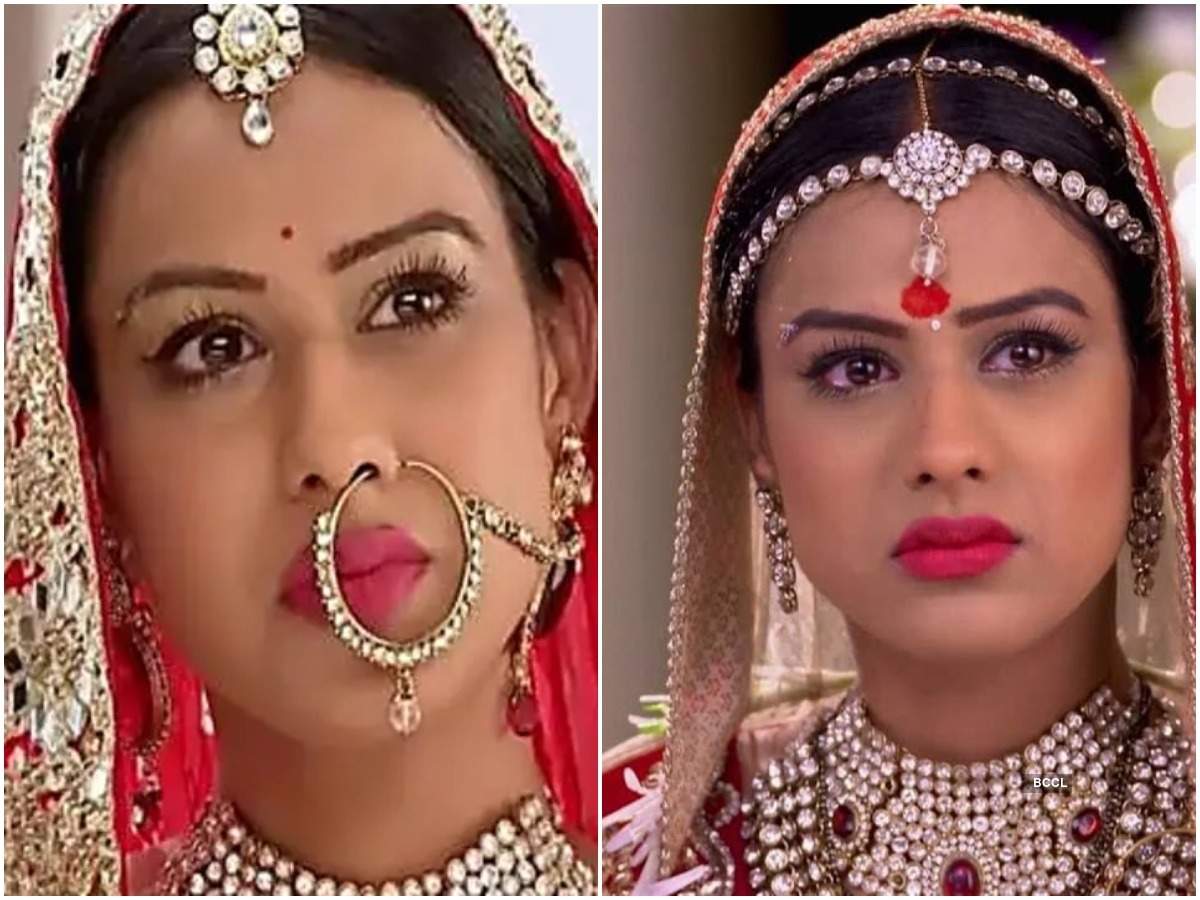 Nia Sharma, who currently plays the role of Aarohi in Ishq Mein Marjawan, is a glam doll in real life. Nia gained a lot of popularity with her performance in Ek Hazaaron Mein Meri Behna Hain opposite Kushal Tandon. Nia played the role of Jeevika in the show and looked stylish as a bride. She chose to wear red lehenga with kundan jewelry and her chooda completed her overall look. Nia is completely opposite to her reel character, and is quite hot and bold in real life. (Photo – Instagram) 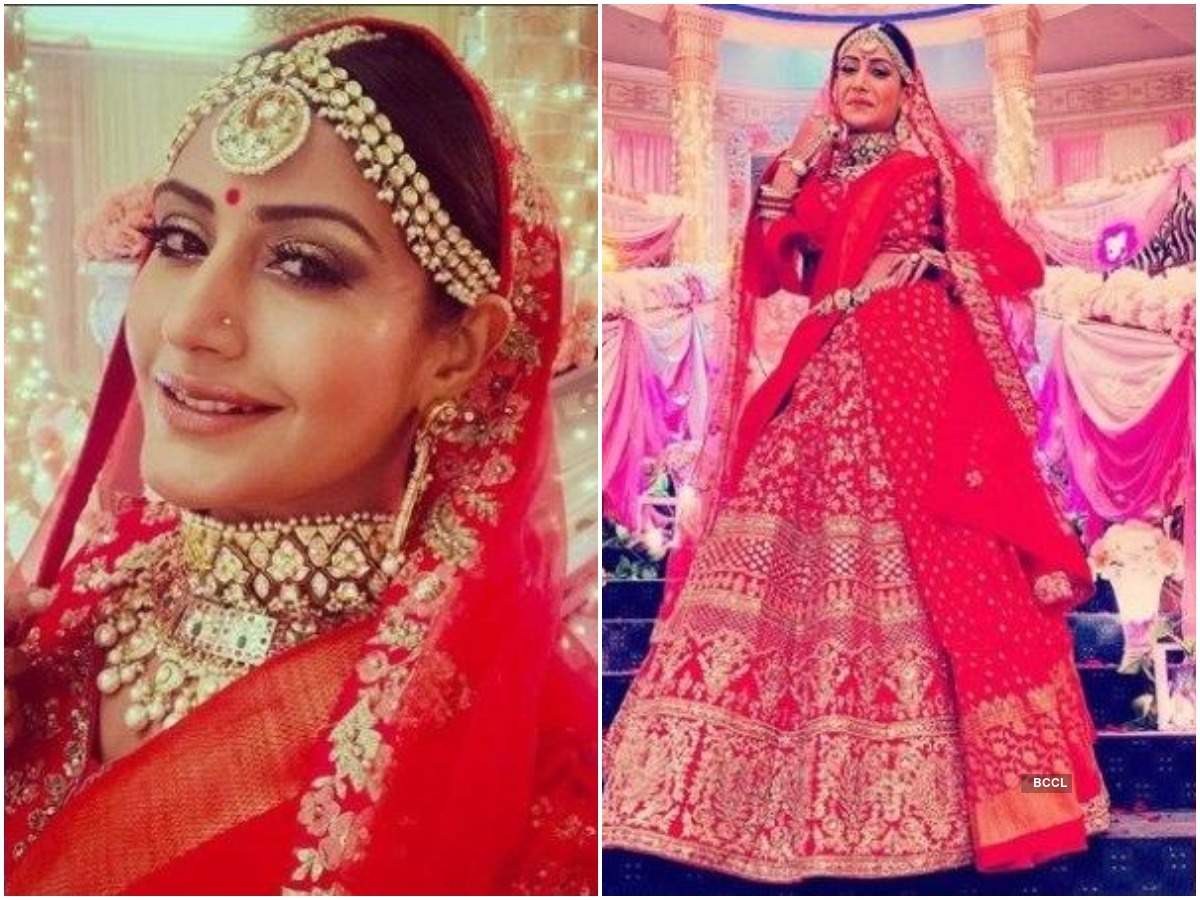 Actress Surbhi Chandna, who was last seen playing the role of Anika in Ishqbaaz, donned a bright red lehenga with heavy thread work on it for one of the sequences. She paired it up with traditional jewellery. Surbhi gave a twist to her outfit and her unconventional look was on point. (Photo – Instagram) 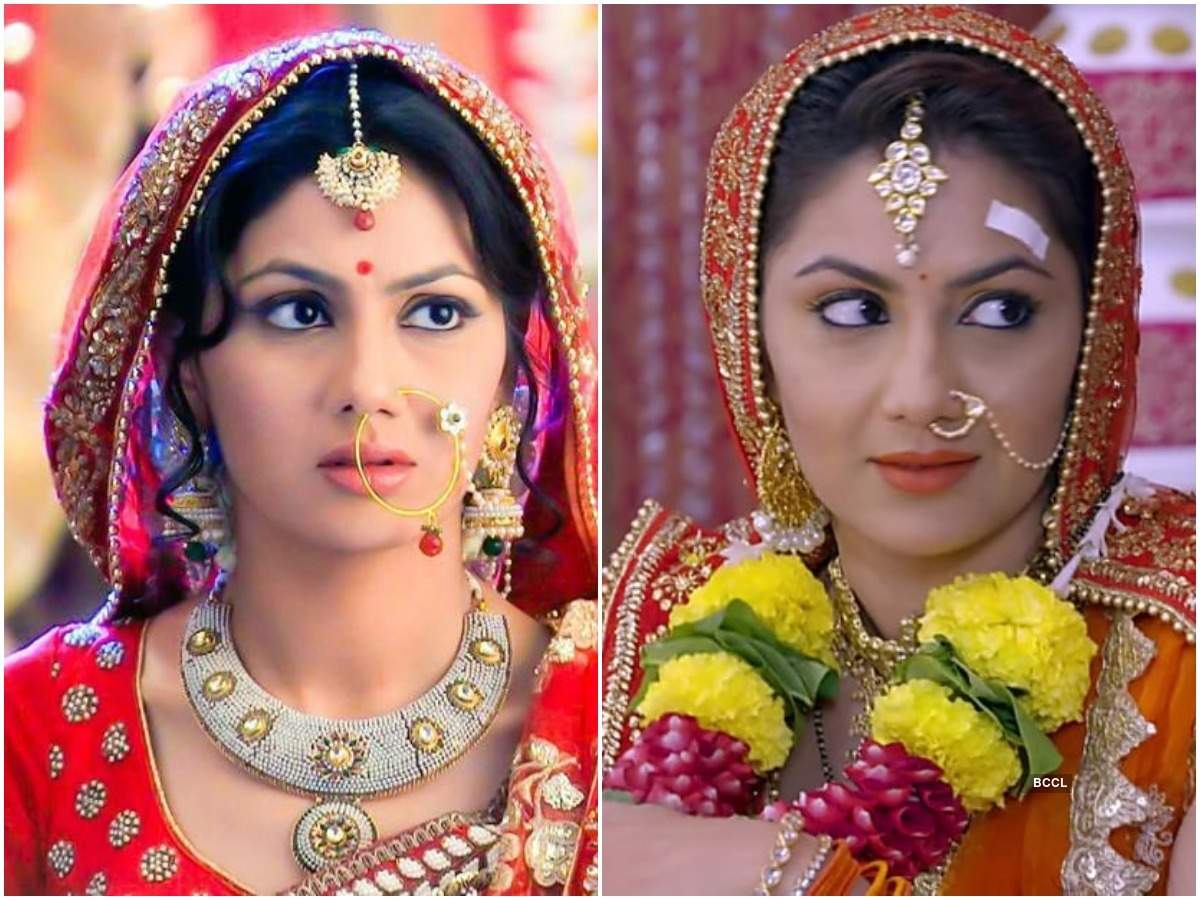 Actress Sriti Jha, who plays the role of Pragya in Kumkum Bhagya, looked pretty as a bride in the show. Dressed in a red and golden lehenga, the actress looked elegance personified. (Photo – Instagram)