The panel, headed headed by Finance Secretary Subhash Garg, however makes a clear distinction between the private cryptocurrencies and an official one that the government may consider  issuing in the future. Moreover, it advocated the use of Distributed Ledger Technologies, especially in financial services. 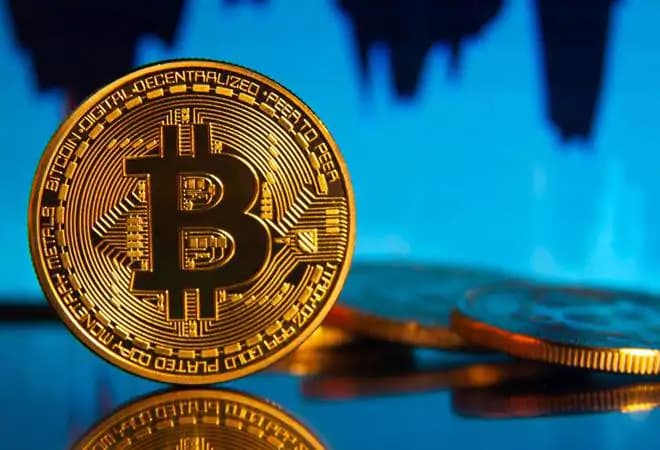 Dealing in Bitcoin, Ethereum and their brethren may incur heavy penalties of up to Rs 25 crore and a non-nbailable jail term

Dealing in Bitcoin, Ethereum and their brethren may land you in jail in the near future. An inter-ministerial committee headed by Finance Secretary Subhash Chandra Garg has recommended heavy penalties of up to Rs 25 crore ($3.63 million) and a jail term up to 10 years for anyone who mines, generates, holds, sells, transfers or issues cryptocurrency. The panel’s recommendations along with the draft legislation, Banning of Cryptocurrency & Regulation of Official Digital Currency Bill, 2019, was put up on the website of the Department of Economic Affairs on Monday.

This marks the end of hopes that the Modi 2.0 government would change its long-standing unfavourable stance on virtual currencies [VCs]. The development comes in the wake of the growing hype over social media giant Facebook’s digital currency, Libra, which will reportedly launch in 2020, while Bitcoin, the largest cryptocurrency, has posted a threefold rise in value over the past six months. The unit was worth $13,880 on June 24, a nearly 300% jump since the beginning of the year, but has since dropped steadily to around $10,200 as of Monday.

Significantly, the panel’s report made a clear distinction between the private cryptocurrencies and an official one issued by the government. In fact, it advised the Modi government to keep an open mind towards the latter. “The concerns of the Committee are therefore narrowly focussed on non-official digital currencies and not on the underlying technologies or VCs issued by governments,” the report clarified.

According to the panel, while non-official cryptocurrencies may boast some functional benefits, the market potential of these functionalities is subject to technological and behavioural changes as well as the scope of financial investment that they can raise. “All these factors, make the intrinsic value of cryptocurrencies negligible, and subject to severe shocks or fluctuations,” said the report, adding that the volatility of the cryptocurrency to fiat exchange rates is large relative to even risky equities. Due to such features, cryptocurrencies cannot replace fiat currencies.

Moreover, these “characteristics create consumer protection issues, risks to the financial system and the overall economy, and can facilitate criminal activity”, the report claimed, citing examples to illustrate how cryptocurrencies can be used to defraud consumers, particularly unsophisticated consumers or investors.

The Financial Action Task Force has previously observed that the anonymity associated with cryptocurrencies makes them vulnerable to money laundering and terrorist financing activities while also making law enforcement difficult. “Another concern from use of non-official digital currencies is to the economy and the financial system with implications for monetary supply, particularly given their volatility and crippling use of resources including energy,” the Garg panel further stated in its report. It believes that the existing micro-prudential regulation, macro-prudential regulation and criminal laws are “unable to respond to [the above mentioned] challenges”.

The panel also examined Distributed Ledger Technologies as the underlying technology for cryptocurrencies and acknowledged that they boast the potential to improve the efficiency and inclusiveness of the financial system as well as transparency in government services for citizens. DLT allows the recording, sharing and transfer of data or value without the need for a central record keeping as in the case of a traditional ledger. Such records are immutable and non-repudiable. For instance, Blockchain is a specific kind of DLT which rose to prominence as the underlying technology for Bitcoin. The report not only highlights the positive aspect of DLT but also suggests various applications for it, especially in financial services.

“The DLT-based systems can be used by banks and other financial firms for processes such as loan-issuance tracking, collateral management, fraud detection and claims management in insurance and reconciliation systems in the securities market,” the report said. However, there are several risks and regulatory challenges – scalability, transaction speed, cyber-security and data protection are key technological hurdles along with the issues regarding interoperability and integration into existing financial systems. Then there are the many legal and regulatory risks and challenges involved with DLT.

“The Committee inter-alia recommends that the Department of Economic Affairs take necessary measures to facilitate use of DLT in the entire financial field after identifying its uses, and that regulators RBI, SEBI, IRDA, PFRDA and IBBI explore evolving appropriate regulations for development of DLT in their respective areas,” the report said. The panel also recommended the use of DLT to reduce compliance costs for KYC requirements, adding that the Ministry of Electronics and Information Technology  (MeitY) and the Goods and Services Tax Network could play a major technology supportive role for exploring and building the uses of DLT in trade financing by enabling the growth of trade invoicing through such technology.

Last but not the least, the panel suggested that the Government should keep an open mind on issuing an official government-backed digital currency in India, to function like bank notes, through the RBI. According to the report, while it may be possible to visualise some models of future official digital currencies, “as of date it is unclear whether there is [any] clear advantage in the context of India to come up with an official digital currency”. The committee recommended that, if required, a fresh panel may be constituted by the Department of Economic Affairs, with the participation of RBI, MeitY and DFS representatives for examination and development of an appropriate model of digital currency in India.

Industry officials are not happy with this turn of events. “If the government decides to take such a drastic step then India will stand to lose out significantly on the technology front,” Sathvik Vishwanath, co-founder, Unocoin, an Indian virtual currency, told Reuters. In a similar vein, Nischal Shetty, CEO of WazirX, another Indian cryptocurrency exchange, called the proposal to ban cryptocurrencies a regressive step. He added that the panel’s stand that blockchain was good but cryptocurrencies were bad was a contradiction and would not work. The development has also got a thumbs down from global experts. “India announces it plans to ban all crypto. Banning mosquitos after a rain in the summer would stand a better chance of being enforceable,” John McAfee, the security software guru and an cryptocurrency enthusiast, tweeted last week.

“This Report [submitted by the Garg panel] and Draft Bill will now be examined in consultation with all the concerned Departments and Regulatory Authorities, before the Government takes a final decision,” the Ministry of Finance said in a statement on Monday.