R Ashwin, who’s currently playing for Nottinghamshire, put up an impressive all-round performance during his side’s County Championship Division One match against Surrey at Trent Bridge Monday. The ‘carrom-ball’ specialist took 12 wickets and amassed 93 runs in both innings, but was still in the losing side.

Ashwin picked six wickets each in both innings, while giving away 144 runs. In the batting department, the 32-year-old scored 27 in the first innings and remained unbeaten on 66 in the second. This was his first 10-wicket haul of the season for Nottinghamshire. 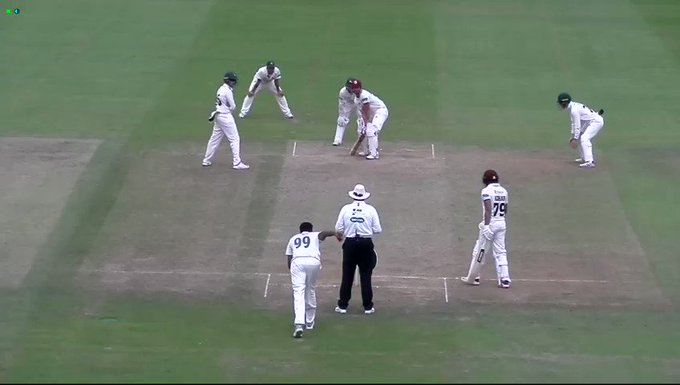 Bow-l-oving here @TrentBridge, blessed to be making a career out of what I love.

Ashwin took only three deliveries to claim his first wicket as he trapped Ryan Patel LBW on one in the first innings. The Indian tweaker, who is the fastest cricketer to reach 300 wickets in Test cricket, has been very impressive with the ball with Nottinghamshire. 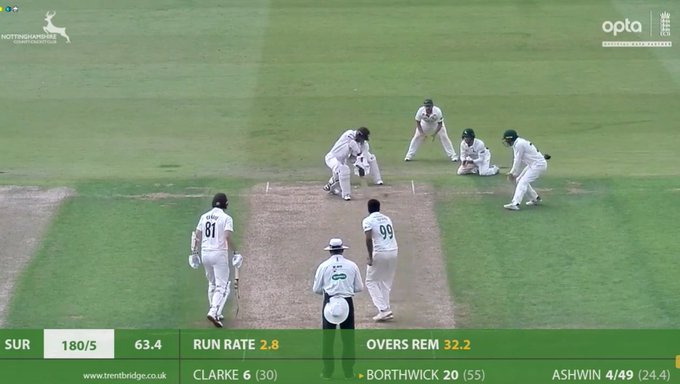 One of the slip was in knees while Ashwin was bowling to the left hander. 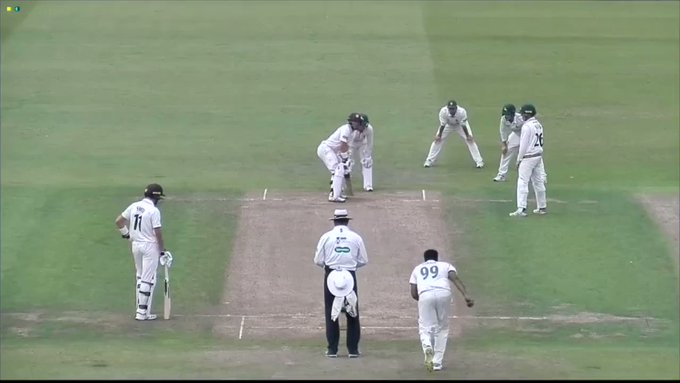 REPLAY | You don’t go back to Ravi Ashwin. #NottsvSur scorecard

His 12-wicket haul against Surrey has taken his tally to 23 in the ongoing season. Ashwin picked eight in the previous match against Somerset, and three against Essex.

Chasing a stiff 349, Ashwin’s unbeaten knock of 66 went in vain as Nottinghamshire were bundled out for 181.