New Delhi (CNN)A train carrying millions of liters of water rolled into the southern Indian city of Chennai for the first time on Friday, providing desperately needed relief to residents who have been facing an acute water shortage for the past month.

The city, Tamil Nadu’s state capital and one of India’s biggest metropolitan areas, has been crippled by the shortage brought on by poor water management, last year’s disappointing monsoon and continuous population growth.
Dozens of locals gathered at the train station to watch state officials inaugurate the “special service,” which will help to alleviate Chennai’s struggle in maintaining a steady water supply.
People cheered as the 50-wagon locomotive, decorated with flower garlands, made its way into the railway yard where 2.5 million liters of water will start being decanted.
The first water train arrived in Chennai on Friday.
Harmandar Singh, a senior official for state services, officially greeted the service. He said there had been no significant rains for 180 to 190 days, and that last year’s failed monsoon had contributed to the problem.
“We are using the existing water judiciously,” Singh said.
For the past several months, city residents have been forced to rely on government and privately run water tankers that sweep through the streets throughout the day. 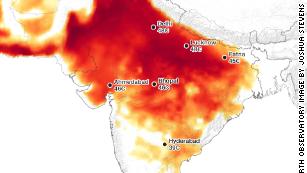 Are parts of India becoming too hot for humans?
The new train service — a regular supply that aims to bring in 10 million liters of water daily from a dam located about 360 kilometers (224 miles) away in Jolarpettai — is expected to reduce the pressure on the strained city resources.
The arrangement “is likely to continue till the water situation improves in Chennai area,” Indian Railways said in a statement.
An official from the Chennai Metropolitan Water Supply and Sewage Board said it is planning to continue to supply up to four trains a day.
Chennai’s water problem is the latest reminder of India’s impending water crisis. 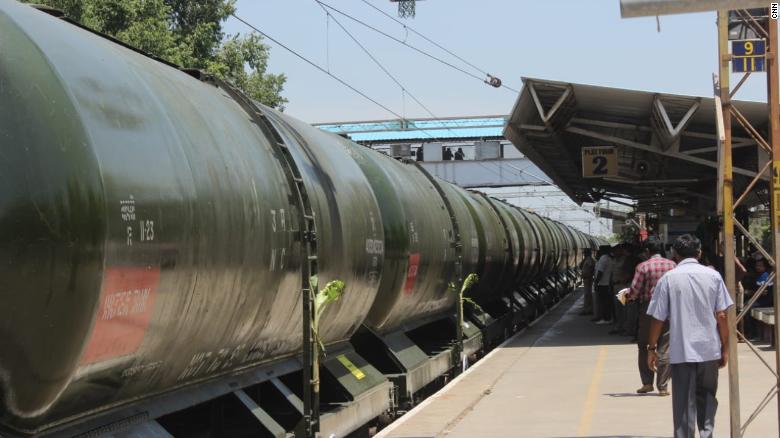 The first 50 wagons of water were brought by train into Chennai’s Villivakkam railway station.
Unpredictable weather patterns, brought on by climate change, coupled with shrinking groundwater levels caused by years of unregulated use have resulted in widespread droughts across the country.
Chennai is the first of India’s major cities to try to combat this problem.
Amudha S., a resident of Chennai’s Kallukuttai slum, told CNN: “We have never had (a) piped water supply. But at least we used to get 15 pots (about 300 liters) of water every day. But this summer has been the worst.” 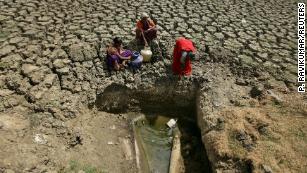 India has just five years to solve its water crisis, experts fear. Otherwise hundreds of millions of lives will be in danger
But since the water crisis, Amudha’s family of four has only received about 100 liters of water every two days.
“Newborn babies have to be given a bath every day. But since there is no water, we use a mug of water to rub them clean with a cloth,” she said.
“A lot of us are defecating in the open to reduce the water usage,” she added.
Millions of city residents line up every morning in their neighborhoods to fill smalls pots of water from the water tankers provided by the state. Some get a daily ration, while others, such as residents from low-income neighborhoods, wait longer for their share due to an unsteady supply.

The four reservoirs that usually supply water to Chennai have almost run dry.
And although the city has received some rainfall over the past few weeks, the monsoon that is expected to replenish the reservoirs is not forecast until November.
Rukmani P., 54, has not received any piped water in her house for the past eight months, so her family set up a borehole, a type of well, to pull out ground water.
“The groundwater levels have depleted so badly that we kept the motor running for at least 10 hours a day for 15 pots of water,” she said. 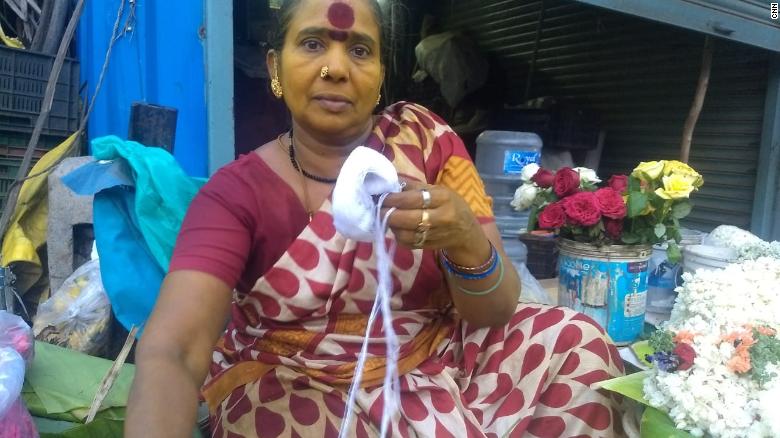 Rukmani P., 54, says she can’t afford to continue to run a pump that extracts water from a well.
The result was an electricity bill of 11,000 rupees ($160) for a month’s supply — money that the family could not afford.
Around 600 million of India’s 1.3 billion people are currently facing an acute water shortage, according to a 2018 report released by Niti Aayog, a government-run think tank.
“This crisis is further driven by a poorly defined legal framework for groundwater that rests ownership with landowners and leads to unchecked extraction. This crisis is most acute in the Indian agriculture sector, where groundwater accounts for 63% of all irrigation water,” the report said.

Tamil Nadu state officials have faced heavy criticism over recent weeks for failing to foresee the extent of the shortage and planning for it.
The state’s main opposition party, the Dravida Munnetra Kazhagam (DMK), launched state-wide protests in June.
But the state government has dismissed reports that water is not reaching everyone in the city. 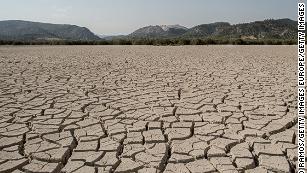 By 2050, London’s climate will be as warm as Barcelona’s, says new study
“The reports that every district does not have water is not true. We are working to supply water to every district … don’t make water political,” Tamil Nadu’s chief minister, Edappadi K. Palaniswami, said during a press conference last month.
Even as the 50 wagons rolled into Chennai on Friday, the process of unloading the water was delayed as officials waited for state ministers to reach the location to officially welcome the train.
Workers will decant the water using three water pumps through 600 meters (1,969 feet) of pipeline to a reservoir.
Government officials have assured Chennai that this latest attempt will supplement the existing water supply in the city, but residents remain skeptical. 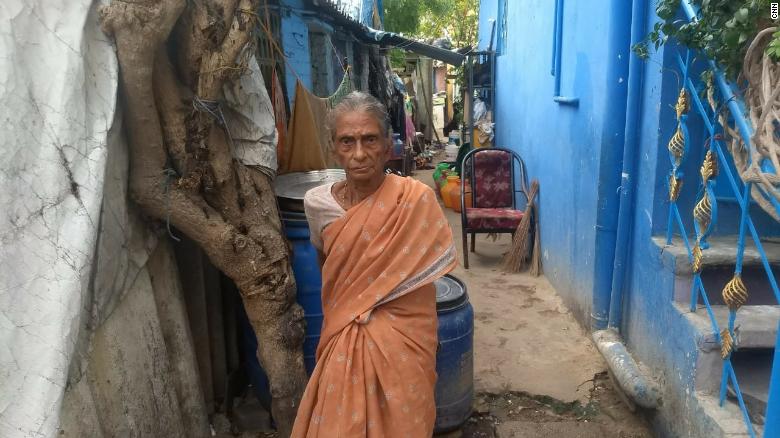 Muniamma K., 65, says she is struggling to access water on a daily basis.
Muniamma K., a 65-year-old resident of the Chetpet neighborhood, said she has to fight every day to scrounge just 120 liters of water.
“I understood the value for water this summer so much so that I don’t waste even a drop,” she said.
It has become common practice to reuse water, with people washing utensils in dirty water in order to save clean water for cooking and drinking.
“I clean my house with the water used for rinsing the clothes. I water the plants with the water used in cleaning the vegetables. And despite of that, there is a shortage,” Muniamma added.
Source: CNN
Facebook
Twitter
Linkedin
Reddit0
Print0
E-mail0
Whatsapp0