In India, Amazon Prime Day is turning into another battle with Walmart

New Delhi (CNN Business)Amazon Prime Day may be a dominant force in the United States, but in India, the online retail giant has a big rival to contend with during its massive annual sale.

Just as Prime Day — which runs for 48 hours this year — began in India early Monday morning, Walmart-owned Flipkart kicked off its own four-day sale called Big Shopping Days.
Flipkart’s sale offers discounts of up to 80% on electronics, furniture, clothing and books, the company boasted on its website, and it runs until Thursday — a full two days longer than Amazon’s.
Walmart (WMT) paid $16 billion last year to take over Bangalore-based Flipkart, giving it a foothold in one of Amazon’s biggest overseas markets. Since then, the two American retailers have been locked in a battle for the top spot in an Indian e-commerce market that Morgan Stanley estimates will be worth $200 billion by 2027. 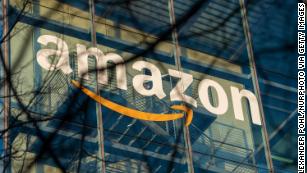 Amazon workers go on strike in Germany as Prime Day begins
Despite the increased competition, Amazon (AMZN) is confident India will play a big part in its annual shopping bonanza. The company has committed more than $5 billion over the last three years towards growing its India business.
“India is one of the fastest growing and promising geographies,” an Amazon India spokesperson told CNN Business.
Prime Day, which first came to India in 2017, has become Amazon’s annual summer show of force in the shopping world.
Besides flexing its muscles and juicing its quarterly sales numbers, Amazon uses the event to hook new members on Prime, a subscription program that more than 100 million people around the world count as an indispensable part of their shopping lives.
Amazon’s spokesperson declined to share country numbers, but did say that India’s Prime membership has doubled in the past 18 months, making it one of the program’s fastest growing markets.
“We have millions of members, and have expectations for many millions more,” the spokesperson added.
How Amazon Prime Day became the shopping Super Bowl 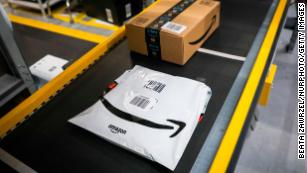 While Big Shopping Days sale is trying to play spoilsport for Prime Day in India, Flipkart has another, bigger annual sale later in the yearwhen it also competes with Amazon.
That sale,called the Big Billion Days, generally takes place in the fall. Amazon tried to crash Flipkart’s party last year by simultaneously hosting its Great Indian Festival sale — when the two companies sold millions of smartphones in less than a week.
And while India is a key market, Amazon has plenty of other opportunities around the world to rake in the cash over the next two days.
Prime Day this year will take place in 16 countries other than India and the United States, the company said, including the United Kingdom, China, Japan, Germany, France and Mexico. Amazon also brought Prime Day to the United Arab Emirates for the first time this year.
Source: CNN
Facebook
Twitter
Linkedin
Reddit0
Print0
E-mail0
Whatsapp0