Mini calls its new Cooper SE “the first solely electrically powered model of the British brand.” We’re pretty sure that the 500 U.S. owners of the Mini E from 2008 would disagree, but there’s no questioning the fact that this new Cooper SE is a better vehicle and one that was designed from the get-go to incorporate batteries and an electric motor.

That electric motor sends 181 horsepower and 199 pound-feet of torque right from zero rpm to the front wheels. We expect the motor is borrowed from the rear-wheel-drive BMW i3s. Mini says the Cooper SE is limited to a top speed of 93 miles per hour, that it’ll do 0-62 miles per hour in 7.3 seconds and that its “innovative driving dynamics system with wheel slip limiting close to the actuator” (whatever that means) will offer “particularly intense and unmistakable agility, known as the go-kart feeling.” We look forward to driving the Cooper SE and putting those statements to the test.

The Cooper SE offers four driving modes: Sport, Mid, Green and Green+, in descending order of sporty to efficient. There are also two levels of brake regeneration. A 6.5-inch screen (a larger 8.8-inch unit is optional) inside displays powertrain information and offers suggestions to improve efficiency, and the standard navigation system features a range circle so drivers know how far they can travel at the current state of charge. 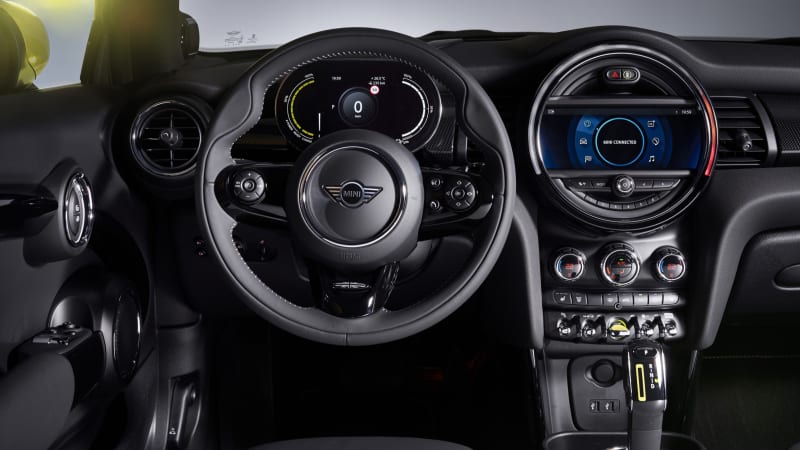 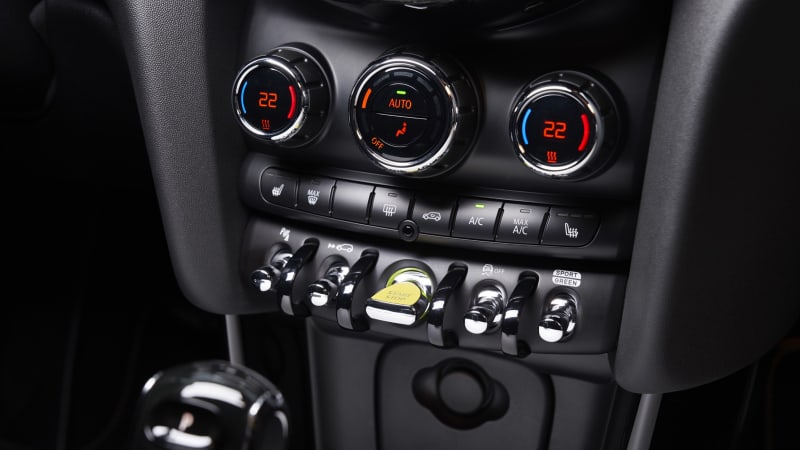 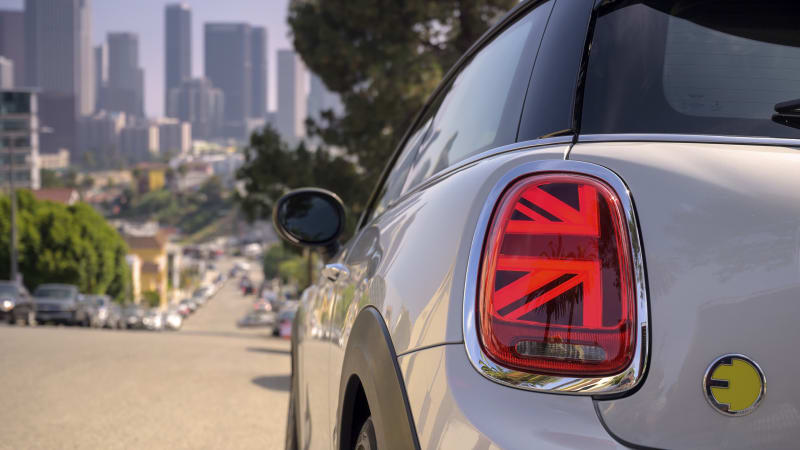 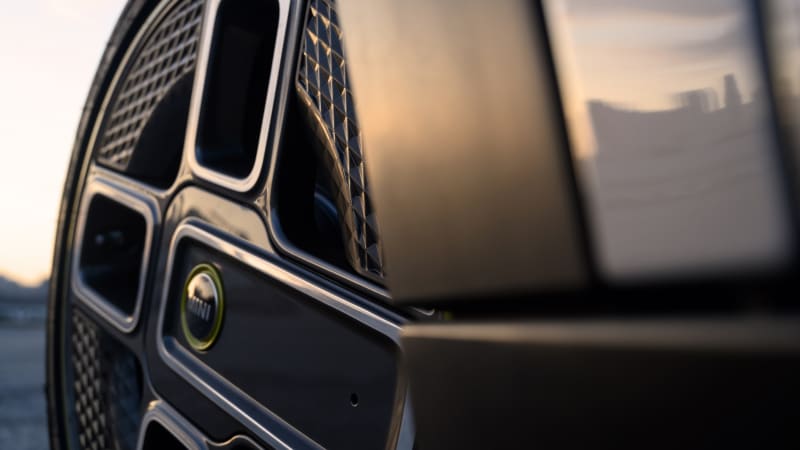 Power comes from a 32.6-kWh lithium ion battery pack that Mini says is “situated deep in the vehicle floor” to ensure a low center of gravity and luggage space that’s equal to the gas-powered version. Mini quotes a range of 235 to 270 kilometers (146 to 168 miles) “based on the new WLTP test cycle and adapted to NEDC for comparison purposes.” We can expect official U.S. range figures to be down a bit from there. Suffice it to say, the Cooper SE won’t come close to the 226 miles of range offered by the Nissan Leaf E+, let alone the 238 of the Chevy Bolt or 258 of the Hyundai Kona Electric.

It’s easy to tell the Cooper SE apart from gas-powered Minis. The grille has a much smaller opening than other Mini models — the electric powertrain doesn’t have the same airflow requirements as a gas engine — and the bodywork is highlighted with yellow accents on the grille, wheels and mirror caps. Plus there’s a cute little plug icon on the tailgate near the Union Jack-shaped taillights.

The charge port is located just above the passenger-side rear wheel, right where the standard model’s gas cap would be found. Owners can plug the car into a standard household outlet, but that’d be a very slow charging option. A Level 2 AC option offers a maximum charging capacity of 7.4 kW, while DC fast charging up to 50 kW will allow charging up to 80 percent in as little as 35 minutes.

Cooper SE production will kick off in late 2019 at Mini’s plant in Oxford, England. Pricing and U.S. availability have yet to be announced, but we’d guess it’ll start hitting dealerships early in 2020.