Women MPs Have Stolen The Show So Far

In the short period that this Lok Sabha has been in session, women MPs have grabbed the headlines. This is indeed a heartening change from the past.

The scene-stealers so far have been TMC’s Mahua Moitra with her now-viral firebrand speech, and her colleagues in the party Nusrat Jahan and Mimi Chakraborty.

Stunningly clear-eyed articulation of the spirit of dissent. Speech of the year by TMC MP Mahua Moitra: https://youtu.be/dnh-mpg_oF4

The last two have been criticised by trolls for the ‘glamour quotient’ they have brought to the proceedings. But the two couldn’t care less and have chosen to stick to their beliefs and go about their job.

Nusrat Jahan was taken to task by some Mulsim clerics for sporting a sindhoor. But Nusrat, who has a mind of her own, stood her ground. 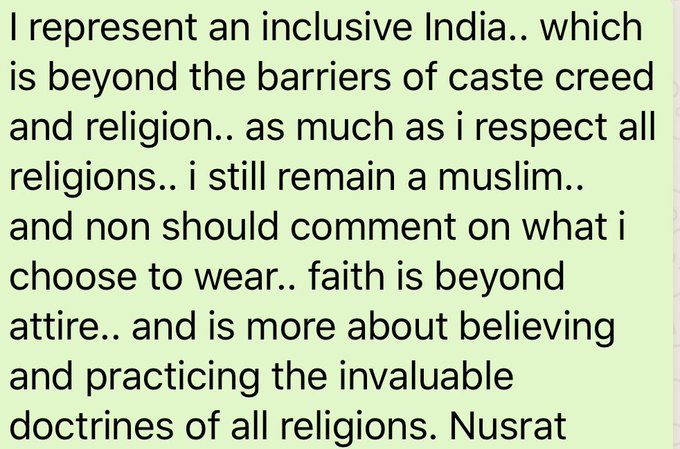 Paying heed or reacting to comments made by hardliners of any religion only breeds hatred and violence, and history bears testimony to that.. #NJforInclusiveIndia #Youthquake #secularIndia

But it’s not just the TMC MPs who have shown admirable courage in sticking to their convictions, women MPs from other parties have been equally impressive.

Though lacking in glamour, the Odisha women MP contingent are silently catching the eye of all with their simplicity.

In fact, the Odisha team stands out for being an eclectic mix. Out of the total 21 MPs from Odisha, seven are women- 5 from the BJD and two from the BJP. And these include a former IAS officer, a doctor, an engineer, a grassroots-level leader, a member of the erstwhile royal family, and a homemaker.

The BJD’s 5 women MPs amount to 42% of its total 12 MPs- the highest-ever ratio of any party. The TMC’s record of 9 women MPs out of its 22 is also impressive. The BJP, for the record, has 40 women MPs in this Lok Sabha.

Interestingly, with a total of 78 women MPs, this Lok Sabha has the highest number of women MPs ever. Chandrani Murmu, a tribal woman, who won from Keonjhar in Odisha, is the youngest MP at the age of 25 years and 11 months.

“India has seen an increase in female representation in the national legislature. However, this increase has been slow and has plateaued over the last few years. Odisha and West Bengal sent 33% female MPs in 2019, increasing national participation of women to 14% this year.”

“These are just baby steps though,” cautions Jailaxmi Arora, a women’s activist. “The numbers need to be further up. And also it needs to be seen what kind of space the women MPs get to establish their ability. But we are happy that the TMC MPs are making a mark. But the long road still remains to be travelled.”

With so many impressive women MPs, there is a glimmer of hope on the 33% women’s reservation bill that has been hanging for too long.