The Black Caps appeared to be serenely on course for the semi-finals after going unbeaten through their first six matches but back-to-back defeats to Pakistan and Australia left their chances in the balance.

India’s victory over Bangladesh on Tuesday (July 2) means New Zealand go into Wednesday’s meeting with England with their place in the final four all but guaranteed – only a heavy defeat at The Riverside and a big win for Pakistan over Bangladesh would see them miss out.

New Zealand’s dip has led to questions about Williamson’s captaincy style. While Taylor acknowledged it differs from his predecessor Brendon McCullum, he has full confidence in the skipper.

“I played under many different captains. Obviously, Brendon was the extreme and Kane has his own unique style as well,” said Taylor.

“At the end of the day, you have to be true to yourself and be authentic and more often than not you get the right result.

“I think Kane is a fantastic, world-class batsman and a world-class captain. You don’t have to look far, the last couple of matches. There’s some pundits out there saying he was a great captain. We lose a couple of games and he is a bad captain. He is still a great captain, leads from the front and the team respect him and I love playing under him.

“I’d love as a team to take a little bit of pressure off him and score some runs and not let him do everything.” 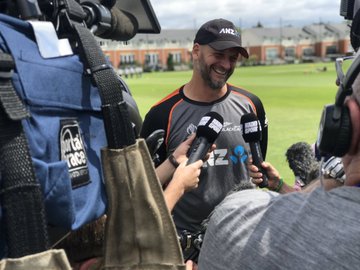 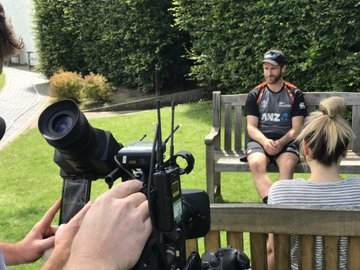 Elaborating on the difference between Williamson and McCullum, Taylor added: “Brendon would want to set very attacking fields throughout the whole match and Kane would pick his moments when he wants to attack.

“You can talk to numerous people, depending on who you want to talk to, [about] which is the right way. At the end of the day, if you win cricket [games], it doesn’t matter [if you are] attacking or if you are not attacking, winning the game of the cricket is our main objective however you do that.”

“Kane is an extremely good leader. I have played with him at [Sunrisers] Hyderabad. In the changing room, he wasn’t a captain at the time I was there, but he is an impressive leader,” said Morgan.

“The way he goes about his business is extremely admirable. He is a quality, quality cricketer who is extremely humble and open to learning all the time and offers his time to anybody as well.”