The 2019 Mini Cooper Oxford Edition is an interesting little model. It’s available in both 2- and 4-door Hardtop configurations and aimed at and specifically for college students, recent grads, those in law or medical school as well as active duty or recently discharged or retired members of the military. No one else qualifies to buy one, which is a bummer, because the Oxford Edition is one smoking deal.

Not only does it undercut the price of a bare-bones Cooper, it packs in nearly $7,000 worth of features at no additional cost. That includes stuff like heated seats, a panoramic moonroof, parking sensors and 17-inch wheels. Power still comes from a turbo inline-three, and while an automatic transmission is standard, a six-speed manual is a no-cost option. While the standard Cooper has questionable value given the small size and relatively high price tag, the Oxford Edition is a far more compelling offering.

Senior Editor, Green, John Beltz Snyder: This is such a joyful car to drive. It’s quick, spritely and engaging. It feels great rowing through the gears, especially the way the car comes to life as you release the clutch in third gear. The car feels peppy in the low-to-mid rev range, but loses some steam as you climb to the top. The shifter is a little light, though, and it needs a firmer gate to keep you from accidentally shifting into reverse instead of first. There needs to be a more distinct feel from gear to gear in general. The clutch travel is long, but I don’t mind it, and the high take-up point feels natural.

The less-hot Minis of today feel much more refined than those of yore, while scorchers like the JCW remind me of the older, rawer Minis in their road-going manner, though with more contemporary design, tech and amenities. If I were to buy a Mini myself, it’d be a Hardtop like this — I don’t need a lot of power to have fun, day to day, and this one is comfy. I wouldn’t be eligible for the Oxford deal, which is a shame, because I really like this configuration, especially for the price.

Associate Editor Joel Stocksdale: I almost completely agree with John, the regular Mini Cooper is exemplary of good, simple fun. It makes less than 140 horsepower and pound-feet of torque. That’s not a lot of power, but it’s enough that you can confidently floor it anywhere in public without breaking the law. And it feels nearly as eager and darty as the JCW, so you can keep your speed up as you rip it around corners. The manual transmission is much appreciated as you’ll want to be shifting frequently to keep the power up. It’s a shame the manual isn’t any better, though. The throws are a little long and loose, and the clutch pedal is weirdly long and a bit stiff. I had to sit closer to the pedals than I normally would to make sure I could use the clutch comfortably.

What’s also impressive and appreciated about this relatively base Mini is how quiet and comfortable it can be. It’s much more compliant over bumps than the JCW, but doesn’t sacrifice too much in the handling department. Road and wind noise is pretty low, and the engine, despite being a three-cylinder, was quieter and more refined than most four-cylinder engines. Add in the features of the Oxford Edition, and a plain and simple Mini makes a seriously compelling case if you’re eligible for it. And even if you’re not, the base Mini is still a charmingly fun and stylish hatchback. 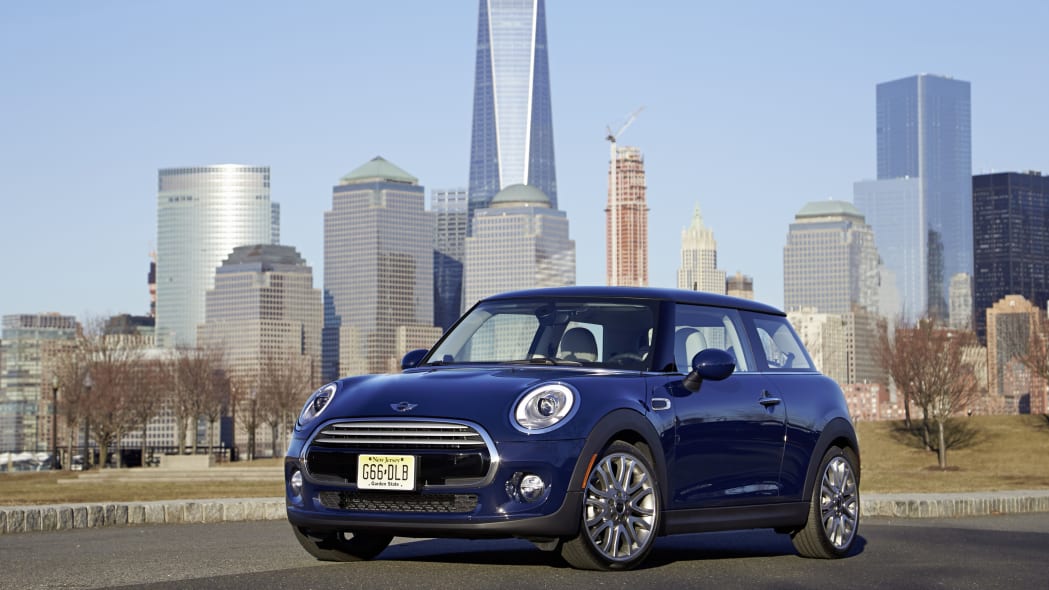 Assistant Editor, Zac Palmer: Being a recent college grad myself, this Mini is aimed directly at folks like me and my friends. I’m just outside Mini’s 12-month buying grace period at this point, but that’s close enough to qualify as the target demographic. Being the crazy-car-guy of record amongst my friends means I get asked to “recommend” cars they should buy with their sudden infusion of cash from post-college jobs. As most of us have essentially sold our souls to student loan companies, I typically like to recommend something lightly used and reliable to the non-enthusiasts. You know, something like a couple-year-old Civic or Accord.

However, this Mini Oxford Edition is a curiously enticing vehicle I may end up recommending to some folks who don’t feel the need to purchase a giant crossover they certainly don’t need in living the 22-year-old single life. What better time is there to drive around a tiny, cute, semi-impractical and fun car? That’s right, this is the time. And the Oxford Edition makes getting a few cost-options a much cheaper excursion. Not only that, but you’re getting an objectively nice, new car for just a hair over $20,000. The automatic transmission comes standard with the Oxford Edition, which is rather thoughtful of Mini to do. Even though I’d recommend the six-speed manual (no-cost option) to anyone who asks — it’s a fun and satisfying shifter to use — I know far too many folks who wouldn’t begin to consider a car with three pedals. A Mini is certainly no catch-all type vehicle, but I think this one is worth a hard look if you’re a recent grad in search of an above-average time on your commute every day. Hell, you’ll even get 32 mpg combined if you opt for the manual, and you’re guaranteed a much better time than any miniaturized crossover penalty box you may be considering.